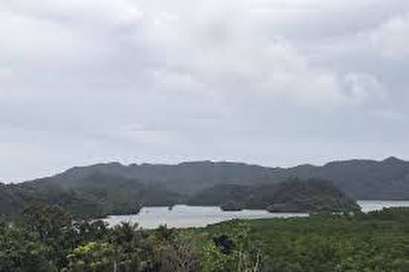 Late last year, China effectively banned tour groups to the idyllic tropical archipelago, branding it an illegal destination due to its lack of diplomatic status.

As China extends its influence across the Pacific, Palau is one of Taipei’s 18 remaining allies worldwide and is under pressure to switch allegiances, officials and business people there say.

“There is an ongoing discussion about China weaponizing tourism,” said Jeffrey Barabe, owner of Palau Central Hotel and Palau Carolines Resort in Koror. “Some believe that the dollars were allowed to flow in and now they are pulling it back to try and get Palau to establish ties diplomatically.”

In the commercial center of Koror, the Chinese pullback is obvious. Hotel blocks and restaurants stand empty, travel agencies are boarded and boats which take tourists to Palau’s green, mushroom shaped Rock Islands are docked at the piers.

The decline since the ban was announced has been so sharp, charter airline Palau Pacific Airways announced in July it would terminate flights to China, four hours away, from the end of this month.

The Chinese government was “putting an effort to slow or stop tourists going to Palau”, said the Taiwanese-controlled airline, which has experienced a 50 percent fall in bookings since the China restrictions began.

Asked if designating Palau an illegal destination was a way of putting pressure on it to move away from Taiwan, China’s Foreign Ministry said relations with other countries had to happen under the framework of the “one China” principle.

“The one China principle is the pre-condition and political foundation for China to maintain and develop friendly cooperative relations with all countries around the world,” it said in a statement to Reuters, without specifically addressing the Palau issue.

The “one China” principle is a core government policy that states Taiwan is an inseparable part of China.

Taiwan’s Ministry of Foreign Affairs says China has lured four countries to switch diplomatic recognition from Taipei to Beijing in the past two years by offering generous aid packages and investment.

(For a graphic on Taiwan's political allies click, tmsnrt.rs/2hpQ0xx)

“While Taiwan faces serious diplomatic challenges, the government will not bow down to pressure from Beijing,” the ministry said on its website. “Taiwan will work with friendly nations to uphold regional peace and stability and ensure our rightful place in the international community.”