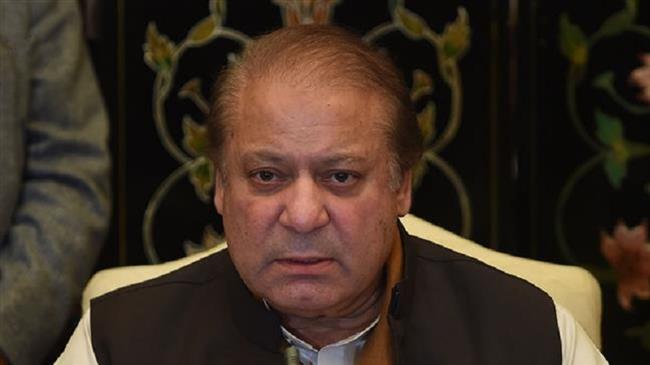 TEHRAN, Young Journalists Club (YJC) -Information Minister Fawad Chaudhry told reporters in Islamabad on Monday that the ban on Sharif and his daughter, agreed in the inaugural meeting of Prime Minister Imran Khan's cabinet, was part of government's efforts to strengthen the accountability process.

"It has been decided that the names of Nawaz Sharif and his daughter will be placed on exit control list," media outlets quoted Chaudhry as saying.

This has been one of the first decisions taken by the new premier’s cabinet.

Sharif, a three-time prime minister, was removed from office by the Supreme Court last year.

Sharif was sentenced to ten years in prison on July 6 in a corruption case linked to his family's purchase of upscale flats in London. His daughter, widely seen as his political heir, received a seven-year prison sentence.

On July 13, the ousted premier and his daughter were arrested upon arrival in the country ahead of the July 25 general elections.

The former prime minister has censured the court proceedings as politically-motivated and a judicial witch hunt. Sharif and his daughter challenged their convictions in a higher court, which on Monday concluded hearings and is due to announce a judgment at a later date.

Khan, a former cricket star, was elected by lawmakers at the National Assembly as prime minister on Friday, after his Tehreek-e-Insaf (PTI) party won general elections against Sharif’s Pakistan Muslim League-Nawaz (PML-N) party on the platform of fighting corruption and tackling financial crisis.