TEHRAN, August 19 - The World Trade Organization (WTO) says Turkey has initiated a dispute complaint with the Swiss-based intergovernmental trade court against additional metal tariffs imposed by the United States on the Anatolian country over the detention of an American pastor. 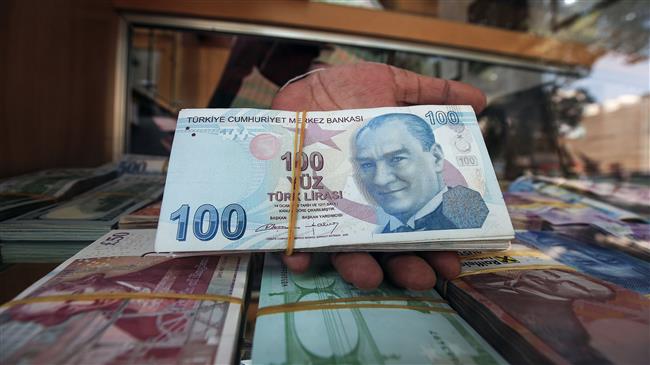 TEHRAN, Young Journalists Club (YJC) -“Turkey has requested WTO dispute consultations with the United States concerning additional import duties imposed by the United States on steel and aluminum products. The request was circulated to WTO members on 20 August,” the WTO said in a statement posted on its official website on Monday.

The Turkish lira has already lost about 30 percent of its value against the US dollar since the beginning of August, when tensions between the two NATO allies soared unprecedentedly over the detention of Andrew Brunson, an American, in Turkey over terror-related charges.

Brunson, 50, was indicted by a Turkish court on charges of having links with the Kurdistan Workers’ Party (PKK) militant group and the movement of the US-based opposition cleric Fethullah Gulen, whom Ankara accuses of having masterminded the July 2016 coup attempt against Turkish President Recep Tayyip Erdogan.

Brunson, who has already spent nearly two years behind bars in Turkey, has denied the charges, calling them “shameful and disgusting.” If he is found guilty, he will face up to 35 years in jail. His imprisonment and then house arrest have caused one of the deepest rows between Turkey and the US.

Late last month, US President Donald Trump said that Washington “will impose large sanctions on Turkey for their long time detainment of Pastor Andrew Brunson.” He also said on Friday that he had ordered to double US tariffs on Turkish aluminum and steel imports to 20 percent and 50 percent, respectively.

The US is the world’s biggest steel importer, and Turkey is the sixth-largest steel exporter to the US.

“Turkey claims that the measures are inconsistent with a number of provisions of the WTO’s Agreement on Safeguards and the General Agreement on Tariffs and Trade 1994,” the WTO statement further said.

Under dispute consultations, both Ankara and Washington have two months to seek a solution. If they fail to secure such a settlement, then the issue can go to the WTO Dispute Settlement Body. It can take years to resolve disputes if WTO trade judges become involved.

“They should have given him back a long time ago, and Turkey has in my opinion acted very, very badly,” Trump said at a press conference on Friday. “We are not going to take it sitting down. They can’t take our people.”

On Wednesday, a Turkish court rejected Washington’s latest appeal for Brunson’s release. Later the same day, Ankara increased duties on imports of some key US products such as rice, hard alcohol, leaf tobacco, cosmetics and cars in a tit-for-tat move.

Erdogan on Saturday said his country will not “surrender” to the US under sanctions imposed over the detention of Brunson.

Turkey and the US also disagree over their military interventions in the Syria war, Ankara's plan to buy missile defense systems from Russia and the US conviction of a Turkish state bank executive on sanctions-busting charges in January.