TEHRAN, August 21 - China and El Salvador established diplomatic relations Tuesday as the Central American nation ditched Taiwan in yet another victory for Beijing in its campaign to isolate the island. 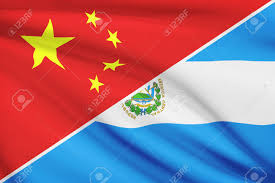 TEHRAN, Young Journalists Club (YJC) - Beijing has been using its economic clout to peel away international support for the democratically-ruled island, leaving it with only 17 diplomatic allies around the world.

Speaking in Beijing at the Diaoyutai Guest House, Chinese Foreign Minister Wang Yi praised El Salvador's decision to "recognise there is one China in the world".

"This further goes to show the One China policy is in line with international norms, is the correct choice... and is the basis of China's relation with any country," he said.

Salvadoran Foreign Minister Carlos Castaneda, after signing a document with Wang establishing relations, said his country had made a "strategic decision" and taken the "correct and beneficial path for the people of both nations".

The president of El Salvador, Salvador Sanchez Ceren, said in an address on national television Monday night: "We are convinced that this is a step in the right direction, which corresponds to the principles of international law, international relations and the inevitable trends of our day."

The announcement in Beijing followed a decision by Taiwan to sever its ties with El Salvador after it learnt the country was planning on recognizing Beijing.

"Losing (a) diplomatic ally is not an isolated incident. It is part of China's string of sabre rattling and intimidation," Taiwan President Tsai Ing-wen said at a press conference in Taipei.