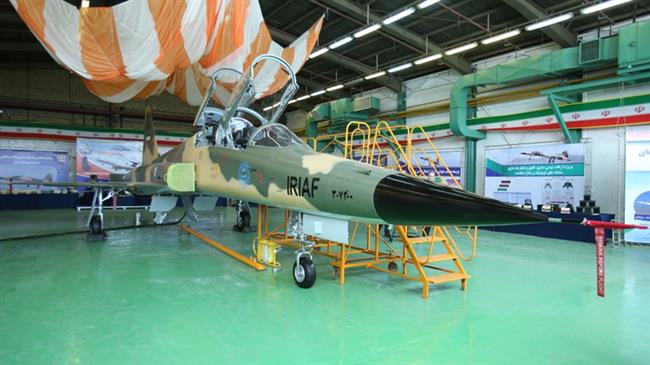 President Rouhani sat in the cockpit to order the flight.

Tasnim news agency reported that the fourth-generation Iranian fighter jet is equipped with “advanced avionics and fire control systems” and can be used for short aerial support missions.

The jet has an advanced radar system, enabling it to detect enemy targets. It is also equipped with a head-up display or HUD, which promotes precision targeting.

The plane can be manufactured in both single- and double-cockpit types, the latter of which can be used for advanced pilot training missions in addition to its combat capability, according to Fars news agency.

The new defense achievement was unveiled on the eve of Iran’s National Defense Industry Day.

Over the past years, Iran has made major breakthroughs in its defense sector and attained self-sufficiency in producing military equipment and hardware despite sanctions and economic pressures on the country.

The Islamic Republic maintains that its military power is solely for defensive purposes and does not pose any threat to other nations.