TEHRAN, August 21 - Venezuelans desperate to leave their collapsing country continued to flow into Brazil on Monday despite fear of anti-migrant violence in the tense border town of Pacaraima. 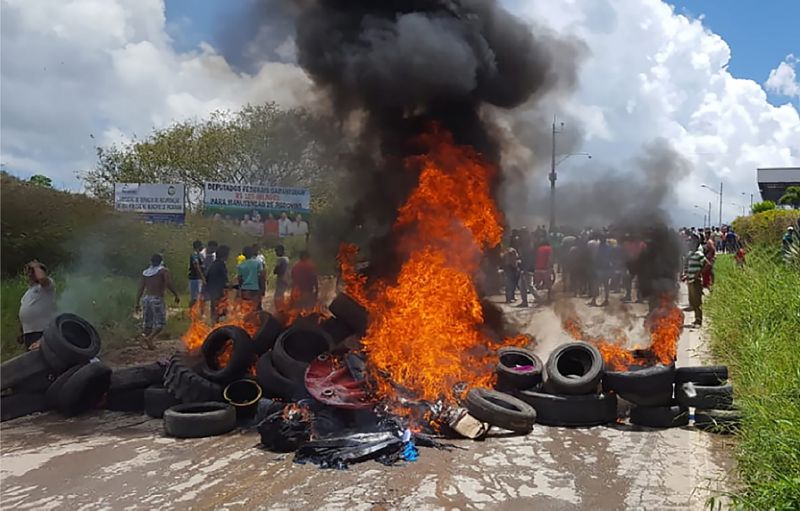 TEHRAN, Young Journalists Club (YJC) - Two days after a riot in which locals targeted Venezuelan camps, driving some 1,200 migrants back over the border, the crossing, reinforced by extra troops, was again busy.

An army colonel in charge of the refugees program at the base in Pacaraima said some 900 new arrivals were expected Monday. That's more than the daily average and far above the trickle seen as tensions mounted over the last few days.

One of the many money changers crossing each day from the Venezuelan city of Santa Elena de Uairen to change the country's almost worthless currency and the Brazilian real said Saturday's violence had shaken everyone.

"We were scared and didn't know what could happen," he said, asking not to be identified.

Despite that fear, the pressure to get out of Venezuela -- where under President Nicolas Maduro the once booming economy is in freefall and basic goods are hard to get -- is even greater.

Brazil's security minister, Sergio Etchegoyen, insisted that Brazil will remain open to its fleeing neighbors, saying "closing the border is unthinkable, because it is illegal."

Extra troops from the elite National Force and health specialists have been deployed to the area, the government said over the weekend.

Saturday's violence was sparked by local outrage at the beating and robbery of a local merchant in Pacaraima. Venezuelans were blamed.

Within hours, rioters had attacked two camps housing some of the approximately 1,000 refugees sheltering in the small town, burning their meager belongings and chasing them to the border. Shots were fired.

"It was terrible," said one Venezuelan, Carol Maracano.