TEHRAN, August 21 - The Taliban released more than 160 civilian passengers a day after they were kidnapped from three buses in northern Afghanistan but kept at least 20 soldiers and policemen as captives, an official said on Tuesday. 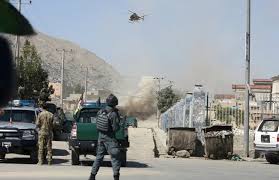 TEHRAN, Young Journalists Club (YJC) - Nearly 200 passengers were taken as hostages by Taliban insurgents near the northern province of Kunduz on Monday as they traveled to the capital, Kabul.

"More than 160 civilians have reached home safely but at least 20 soldiers and policemen have been taken to an undisclosed location by the Taliban," said Ghulam Rabani Rabani, a provincial council member in Kunduz.

Two Taliban commanders confirmed the release of the civilians. One said the insurgents had no intention of harming the civilians, who were traveling during the Eid al-Adha holiday, but they would hold the police and soldiers as prisoners.

"We wanted to convey a powerful message to the government that we can launch many attacks and defeat them at every level," said one of the commanders, who declined to be identified.

The release of the civilians was announced not long after several rockets exploded near the diplomatic area in Kabul just as President Ashraf Ghani was speaking during an Eid prayer ceremony.

Interior ministry spokesman Nusrat Rahimi said some of the rockets fell near the presidential palace and around embassy compounds and government buildings.

It was not immediately clear who was responsible for the rocket attack, which came two days after Ghani offered the Taliban a conditional three-month ceasefire.

The Taliban have rejected the offer, according to two commanders.