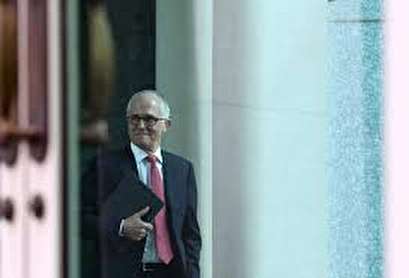 Turnbull defeated Dutton 48-35 in the party-room vote for the leadership of the Liberal Party, the senior party in the center-right government coalition, officials said. The vote came after a sharp fall in opinion poll ratings and talk of a challenge that have raised the possibility of an early election.

Seeking to safeguard his leadership, Turnbull called on his party to back him or risk losing the next election to the opposition Labor party.

“We know that instability undermines the ability of any government to get anything done. Unity is absolutely critical,” Turnbull told reporters in Canberra.

Labor wasted no time in moving a no-confidence motion against Turnbull in parliament, which could have triggered an election if successful.

The motion failed when all government lawmakers in the lower house of parliament backed their embattled leader despite a prolonged Labor attack.

“If the prime minister’s own party does not want him, and nearly half of his party voted against him remaining prime minister, why should the parliament put up with him?” Labor leader Bill Shorten said of the party-room challenge.

Turnbull must return to the polls by May 2019 and could break the impasse by calling an early election. However, a state election in Victoria scheduled for late November is seen limiting him to dates before the end of October if he intended to hold a national poll this year.

“He’s always got that in his back pocket. If it looks like there’s another attempt to dislodge him, he could try to lock his leadership in by taking the coalition to an election,” said Nick Economou, senior lecturer in politics at Monash University in Melbourne.

A spokesman for Turnbull declined to comment on the prospect of an early election.

The political instability could be contributing to falling consumer confidence, an economist warned on Tuesday.

“The decline ... may reflect the impact of the messy political debate locally and the associated slump in support for the current Turnbull government,” said ANZ Head of Australian Economics David Plank.