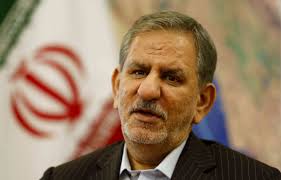 TEHRAN, Young Journalists Club (YJC) - He noted Iran-Syria Memoranda of Understanding (MoU), especially in economic fields are being finalized and talks have almost been concluded.

“We have signed documents with Syria. Strategic MoU especially in economic fields are being finalized.”

He said the plan includes building 30.000 units in one of Syria’s destroyed districts.