TEHRAN, August 22 - Russia has blasted claims by US National Security Adviser John Bolton that it's "stuck" in Syria, warning American officials against making such remarks while their own troops are also on the ground in the conflict-ridden Arab county. 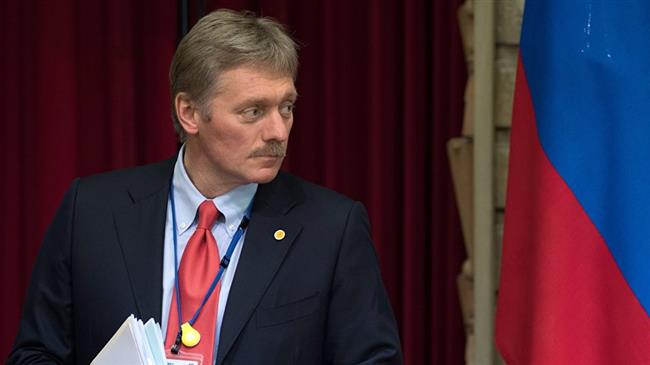 TEHRAN, Young Journalists Club (YJC) - "It is not correct for anyone, let alone our counterparts in Washington, to claim that Russia has stuck someplace," Russian presidential spokesman Dmitry Peskov told reporters Wednesday. "Let us not forget that US military personnel is present on Syrian soil, too. This should be born in mind."

Earlier in the day, Bolton told reporters in the Israeli-occupied city of Jerusalem al-Quds that Washington could use Russia's alleged quagmire as leverage to push for an end to Iran’s mission there.

Over the past years, Russia and Iran have been helping Syrian President Bashar al-Assad and his forces to purge Daesh Takfiri terrorists and other foreign-backed militant groups from large parts of the Arab country.

The critical support has put Assad on the verge of fully liberating the southern parts near the Israeli-occupied territories, prompting serious concerns in Tel Aviv, which supports the terrorists operating there against Damascus.

Russia and Iran – together with Turkey – have also been mediating a successful diplomatic process that has brought the warring sides to the negotiating table.

Peskov said Russia "plays a very active role in saving Syria from international terrorism" and in "putting Syria on the track of political and diplomatic settlement."

"Also, Russia actively promotes the return of refugees to Syria and the beginning of the country’s postwar reconstruction," he added.

Israel has been forcing the US to do more about ending Iran's military advisory presence across its northern border in Syria, demanding that all Iranian forces as well as the forces from Lebanon's Hezbollah movement leave.

The issue was raised in a controversial meeting between US President Donald Trump and Putin in Helsinki last month. The Russian president had also discussed the matter with Bolton a few weeks earlier.

Putin would be glad to see Iran leave Syria: Bolton

Apparently, Putin also told the former US envoy to the UN that “I can’t do it myself” and that a “joint US-Russia effort” might be needed to achieve that goal.

Unnamed US officials familiar with the meeting have confirmed the exchange did take place between Bolton and Putin.

Russia has yet to elaborate on the matter.

Speaking at a news conference after talks with Finnish counterpart Sauli Niinisto in the Black Sea city of Sochi, Putin said Wednesday that his meeting with Trump was useful, but real progress comes when Washington reconsiders its "pointless and counter-productive" sanctions against Moscow.

A series of new sanctions on Russia will take effect soon U said Tuesday that Washington will impose "much more economic pain" to Russia if it does not change its global behaviors significantly.

Putin made the remarks after US imposed sanctions on two Russians national, one Russian company and one Slovakian company for aiding a third Russian company to avoid previous US sanctions over the Moscow's alleged cyber attacks against various American political and economic targets.