TEHRAN, August 22 -The head of the Atomic Energy Organization of Iran (AEOI) says the US has been replaced with the UK in a working group tasked with redesigning the Arak heavy water reactor in central Iran. 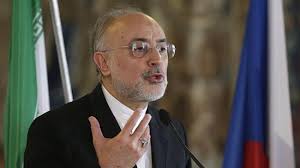 TEHRAN, Young Journalists Club (YJC) -“With the unilateral US withdrawal from the JCPOA (the Iran nuclear deal, known as the Joint Comprehensive Plan of Action), Britain replaced the US in the group tasked with redesigning the Arak heavy water reactor," Ali Akbar Salehi told IRIB on Wednesday.

He added that the group "had been established with the participation of Iran, the US and China.”

Salehi said the US withdrawal from the nuclear deal has not impacted Iran’s peaceful nuclear activities, adding that the country's nuclear projects "are progressing well and there is no problem."

“Despite the US exit from the JCPOA, there is no problem neither in the field of exploration, research and development or in the construction of new [power] plants and activities such as production of drugs or hospital construction,” he said.

Under the JCPOA signed between Iran and six world powers, including the US, in 2015, Iran agreed to redesign the 40-megawatt Arak research reactor to sharply cut its potential output of plutonium.

Tehran, Washington and Beijing, another party to the landmark nuclear accord, released a joint "statement of intent" in October 2015 to announce cooperation on the Arak project and soon signed a related document.

The document committed the six nations, which also included France, Russia and Germany, to contribute to the project through a working group established after consultations with Iran and co-chaired by the US and China.

Elsewhere in his remarks, Salehi said the US move to re-impose sanctions on Iran has also had no impact on the country’s nuclear activities.

“A great part of our projects are either self-dependent or [carried out] with [the help of] a country like Russia,” the former foreign minister said, adding that Russia is meeting its commitments to build two power plants in Bushehr.

Russia has assisted Iran in completing the Bushehr Nuclear Power Plant in the south of the country, and has taken part in the ongoing construction of the Bushehr 2 power plant.