Russia says its strikes have killed 86,000 militants in Syria

TEHRAN, August 22 - Russia’s Defense Ministry says its air force has killed more than 86,000 militants in Syria since Moscow began its operations in the war-torn country in September 2015. 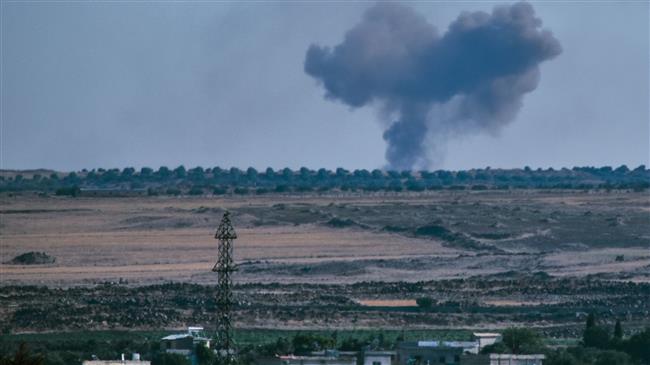 TEHRAN, Young Journalists Club (YJC) -The Russian air force has conducted more than 39,000 strikes that have left "over 86,000 militants" killed and 121,466 "terrorist targets" destroyed, the ministry said in a video about the Russian campaign on Wednesday.

Russian jets have been carrying out air raids against targets belonging to the Daesh Takfiri terrorist group and those of other terror outfits inside Syria at the Damascus government’s formal request since September 2015. The airstrikes have helped Syrian forces advance against anti-Damascus militants, who have been wreaking havoc in the Arab country since 2011.

According to the video, Russia has dispatched 63,012 troops to the Arab country over the course of its involvement in the conflict.

The ministry said that 25,738 ranking officers and 434 generals as well as 4,349 artillery and rocket specialists were among the troops sent to Syria. It added that the Russian personnel have "received combat experience" in the war-torn country.

The ministry further said its forces had tested 231 types of modern weaponry, including aircraft, surface-to-air systems and cruise missiles, in Syria.

Earlier on Wednesday, Russia blasted claims by US National Security Adviser John Bolton that it was "stuck" in Syria, warning American officials against making such remarks while their own troops were also on the ground in the county.