TEHRAN, August 23 - India will not accept relief assistance from foreign governments for the flood-ravaged state of Kerala, the government has said, following offers of aid from Qatar and the United Arab Emirates. 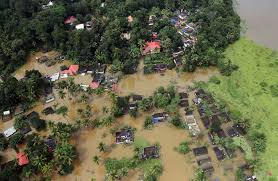 TEHRAN, Young Journalists Club (YJC) - The decision to decline foreign help drew criticism from the opposition which called for an end the suffering of the people of the southern state hit by the worst flooding in a century, which has killed hundreds of people.

Prime Minister Narendra Modi's government has announced assistance of 6 billion rupees ($85 million), compared with a request from the state for at least 20 billion rupees.

Modi has promised more aid and his government said late on Wednesday that would come through "domestic efforts".

"The government of India deeply appreciates offers from several countries, including from foreign governments, to assist in relief and rehabilitation efforts after the tragic floods in Kerala," the Ministry of External Affairs said in a statement.

"In line with the existing policy, the government is committed to meeting the requirements for relief and rehabilitation through domestic efforts."

Torrential rain that began in Kerala on Aug. 8 killed 231 people, destroyed tens of thousands of homes, and washed away roads and bridges, leading to an estimated loss of at least 200 billion rupees ($2.85 billion).

The rain eased over the weekend as the focus of efforts turned to relief and rehabilitation from rescue.

The main opposition Congress party accused Modi of exacerbating the crisis by failing to come through with more aid and creating obstacles to foreign help.

"This decision is quite disappointing to the people of Kerala," Congress leader and former Kerala Chief Minister Oommen Chandy wrote in a public letter to Modi.

"Rules should be such (that they) eradicate the sufferings of the people. If there exist any obstacle against the acceptance of foreign aid, kindly look into the matter seriously and bring suitable modifications."