TEHRAN, August 23 - The leader of the UK Labour Party Jeremy Corbyn has urged sweeping changes in the way British media is run, saying government control of media outlets like the BBC should end by imposing taxes on US technology giants. 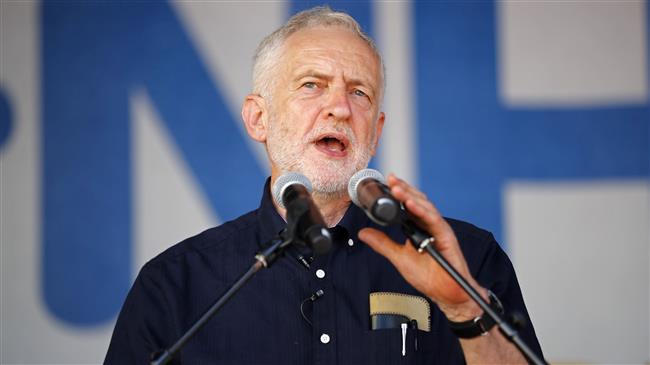 TEHRAN, Young Journalists Club (YJC) - Corbyn said in a speech at the Edinburgh TV festival on Thursday that he wants a new tax on big technology firms such as Facebook and Google to help cover the cost of the British Broadcasting Corporation (BBC) license fee.

The Labour leader said that “few tech giants and unaccountable billionaires control huge swathes of our public space and debate,” and believes there should be radical reforms of the BBC and media industry.

The BBC is chiefly funded by the annual television license fee, which is charged to all British households, companies, and organizations using any equipment to receive or record live television broadcasts.

The British government sets the fee, agreed in Parliament and used to fund all the BBC’s services covering the regions across the UK.

In his speech, Corbyn proposed a "digital license fee" which would be paid for by technology giants and broadband providers to help fund the BBC service, alleviating the costs to the public.

He also took the opportunity to heavily criticize companies that "extract huge wealth from our shared digital space" and branded them "digital monopolies that profit from every search, share and like we make".

Other radical proposals by Corbyn for reform in the British media included allowing the UK public and BBC staff to elect members of the governing board, the organization that is responsible for setting strategy and ensuring the corporation fulfills its mission and public purpose.

He said similar arrangements could then be made for control of regional parts of the BBC, making the corporation more democratic in nature.

Corbyn currently has a tense relationship with the BBC and the mainstream British press.

This month Labour launched a complaint to the press regulator IPSO about the coverage of his 2014 visit to Tunisia by six national newspapers.

The BBC has also been accused by Labour supporters of bias in their coverage of the Labour Party.

The rival Conservative Party reacted to Corbyn’s proposals, saying the tax on major tech companies would only cause them to increase consumer bills.

The party's deputy chairman James Cleverly said: "Tech companies would just put up their prices and pass this Internet Tax straight onto families and businesses across the country – adding more pressure to weekly bills".