TEHRAN, August 23 - The head of a United Nations Human Rights Council commission to investigate crimes committed by Israel along the Gaza fence in recent months has resigned. 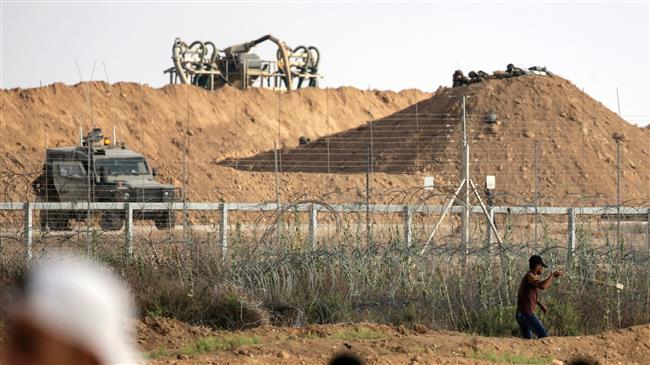 The UN said in a statement dated Aug. 22 that Crane had informed the council of his decision a day earlier, "due to a personal circumstance that has arisen" and that the council was "considering next steps".

Vojislav Suc, Slovenian ambassador to the UN in Geneva and president of the council, has accepted the resignation and will have the task of appointing a new president.

The UN council voted in May to send a team of international war crimes investigators to probe the deadly shootings of Gaza protesters by Israeli forces.

Crane was named head of the three-person inquiry on July 25. The remaining members of the Commission of Inquiry are Sara Hossain of Bangladesh, and Kaari Betty Murungi of Kenya.

The commission is due to provide an update on its work to the council on Sept. 24.

Crane, recently retired as a Syracuse University professor, worked for decades for the US  government, including as senior inspector general in the Department of Defense.

He also served as chief prosecutor of the Special Court for Sierra Leone in 2002-2005 and indicted the then Liberian leader Charles Taylor for war crimes.

Protests and clashes began on the Gaza-Israeli fence in March and have continued at varying levels since then.

More than 170 Palestinians have been killed by Israeli forces ever since protest rallies against the decades-long Israeli occupation of Palestinian lands began in the Gaza Strip on March 30.

On May 14, Israeli troops opened fire on Palestinians who had gathered near the Gaza fence in protest against the inauguration of the US embassy in Jerusalem al-Quds.

Over 60 Palestinians were shot dead and more than 2,700 wounded by Israeli snipers who had been positioned along the fence.

A total of 14,811 Palestinians have also sustained injuries, of whom 366 are reportedly in critical condition.

The Gaza Ministry of Health, in a recent report, announced that more than 18,000 Palestinians had sustained injuries, of whom 370 were paramedics.

The United Nations Children’s Fund (UNICEF) has said children in the Gaza Strip are the main victims of the Israeli atrocities, where some 1.8 million people are living under a crippling blockade.

Gaza has been under the Israeli siege since June 2007, causing a decline in living standards as well as unprecedented unemployment and poverty.

Israel has also launched several wars on the Palestinian sliver of land, the last of which began in early July 2014 and ended in late August the same year. The military aggression killed nearly 2,200 Palestinians and injured over 11,100 others.