TEHRAN, August 23 - Egyptian authorities have detained three leading opposition figures, including a former senior diplomat, as part of an ongoing crackdown in the country. 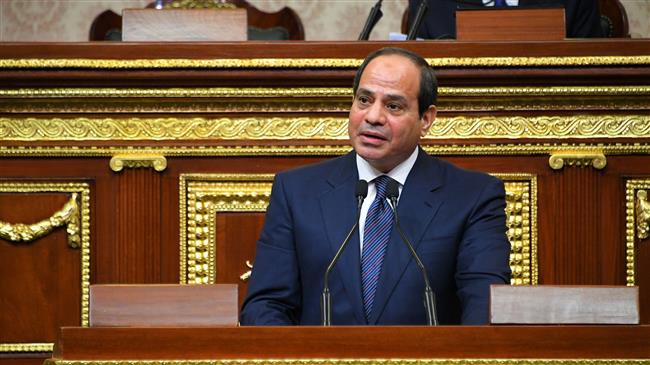 TEHRAN, Young Journalists Club (YJC) -Egyptian security sources said on Thursday that the dissidents were arrested on the orders of Egypt's public prosecutor.

The detainees included ex-diplomat and former ambassador Masoum Marzouk who earlier this month called for a referendum on President Abdel Fattah el-Sisi's government.

He said the government's term should end and parliament be dissolved if a majority of Egyptians gave it a vote of no confidence.

The other two men arrested were Raed Salama, a senior member of the opposition Dignity Party, and academic Yahya Kazaz, who recently called for Sisi's departure on his Facebook page, writing "resistance is the solution".

Human rights groups and activists have constantly accused Sisi of violating public freedoms and suppressing opponents. Most of his opponents and vocal members of civil society have also been arrested in the past few months.

Prior to Sisi's landslide re-election in March, the vote was marred by allegations that real contenders for the election had pulled out from the race because of an intimidation campaign by the government.

Serious opposition contenders halted their campaigns in January while authorities arrested the main challenger whose campaign manager had been beaten up.

During the past few years, Sisi has faced growing criticism about his way of treating dissidents, especially those linked to ousted president Mohamed Morsi's Muslim Brotherhood movement, which Sisi outlawed right after taking office.