TEHRAN, August 24 - India and China have agreed to expand their military ties and enhance interaction to ensure peace on their common border, India said after a meeting between the old rivals' defense ministers. 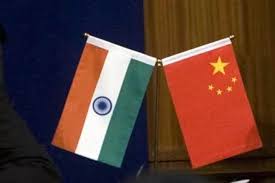 TEHRAN, Young Journalists Club (YJC) - Relations between the Asian giants were strained last year over a 73-day military face-off in a remote, high-altitude stretch of their disputed Himalayan border.

But the neighbors have over recent months been working on mending ties and visiting Chinese Defense Minister Wei Fenghe told Indian Prime Minister Narendra Modi this week that their countries' friendship dated back to ancient times.

On Thursday, Wei had extensive discussions with his Indian counterpart, Nirmala Sitharaman, the Indian government said.

"It was decided to expand the engagement between their armed forces relating to training, joint exercises and other professional interactions," the government said in a statement issued late on Thursday.

The ministers also discussed their border and agreed to implement "confidence building measures" to ensure the maintenance of peace, including the early operationalization of a hotline between their armed forces, India said.

India and China fought a war in 1962 and the unresolved dispute over stretches of their 3,500 km (2,200 miles) border has clouded relations ever since.

But the two big Asian economies share similar positions on a host of issues including concern about U.S. tariffs and Chinese President Xi Jinping and Modi agreed in April to improve relations.