TEHRAN, August 24 - The family of an American scientist who died while rock climbing in New Zealand is urging other climbers to carefully consider their reliance on equipment that's been left permanently attached to rock faces. 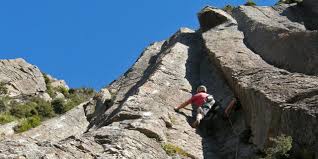 TEHRAN, Young Journalists Club (YJC) - New Zealand police on Friday identified the woman who died as 28-year-old Lauren "Kimi" Worrell, who had just finished a master's degree at the University of Auckland. A LinkedIn page indicates Worrell had worked as an environmental scientist in the San Francisco Bay area.

Worrell's family issued a statement through police saying Kimi was an avid outdoor enthusiast and rock climber. They said she died Sunday while preparing to descend a challenging 120 meter (400 foot) rock face at Castle Rock, near the town of Whitianga on New Zealand's North Island.

The family said the death was still being investigated but they wanted to highlight the problem with relying on equipment on the rock face.

"This equipment will naturally be affected by UV rays and other elements of nature affecting its condition and reliability," the family said.

The family said Worrell had just received an A-plus for her thesis on sustainable transport policy, an area in which she planned to work.

A crowdfunding page has been set up in Worrell's name to raise money to replace fixed lines and hardware in climbing spots around New Zealand.

The family, who traveled to New Zealand from California, said they wanted to thank two rock climbers who tried to rescue Worrell, as well as search and rescue crews, police, friends and the U.S. consulate.

The LinkedIn page indicates Worrell graduated with a bachelor of science degree from the State University of New York, where she was also the director and co-founder of an a cappella singing group and served on the president's student advisory council.