US 'deeply concerned' after China denies US reporter visa

TEHRAN, August 24 - The U.S. Embassy in Beijing said Friday it was "deeply concerned" about Chinese government restrictions on foreign and domestic journalists after authorities refused to issue a new visa for an American correspondent for BuzzFeed News. 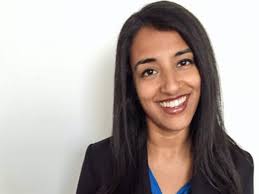 TEHRAN, Young Journalists Club (YJC) - Reporter Megha Rajagopalan was compelled to leave the country after her visa application was denied. Media freedom advocates say the move raises concerns China was punishing her for her work on subjects considered sensitive by the communist government.

China says it handles all visa issues in accordance with the law and has denied canceling Rajagopalan's visa, saying on Thursday that unlike other accredited journalists, she was not a resident correspondent, indicating that she had been on short-term visas.

A Foreign Ministry spokesman, Lu Kang, dismissed as speculation questions about whether the move was made in retaliation for her reporting.

"No matter what speculations you made, the context is wrong. It is not about her visa being canceled. Unlike you, she is not a resident foreign correspondent in China," Lu said at a regular briefing.

The Embassy statement did not mention her by name.

"The United States is deeply concerned that foreign and domestic journalists in China continue to face excessive restrictions that impede their ability to do their jobs," the statement said.

However, it listed delays in processing foreign journalist visas, travel restrictions and violence at the hands of local authorities among its concerns. It said better access in China was necessary to "ensure reciprocity" for the open access Chinese media enjoy in the U.S.

During her six years in China, Rajagopalan had reported extensively on human rights abuses and the plight of China's Uighur (pronounced WEE-gur) Muslim minority, among other subjects.

Hundreds of thousands of Uighurs have been arbitrarily detained in indoctrination camps, where they are forced to denounce Islam and profess loyalty to the Communist Party.

A U.N. anti-discrimination committee raised concerns earlier this month over the treatment of Uighurs, citing reports of large-scale detentions that it said "resembles a massive internment camp that is shrouded in secrecy."

China has angrily denounced such criticism.