ICJ to hear Iran’s case against US sanctions 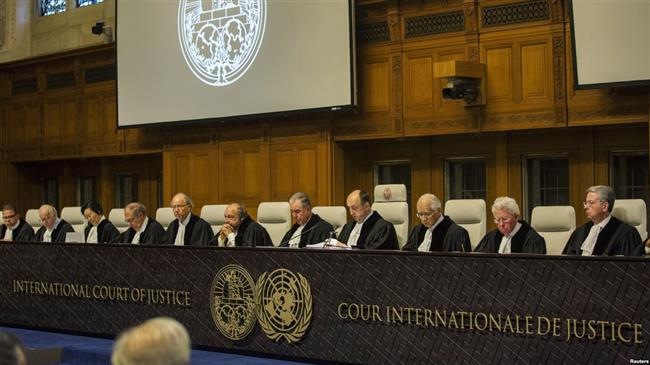 TEHRAN, Young Journalists Club (YJC) - According to reports by media in the Hague, the Netherlands, where the UN's top court is based, the ICJ would on Monday begin to discuss a last month lawsuit filed by Iran against US President Donald Trump's decision in May to re-impose economic sanctions that had been lifted as part of a 2015 landmark nuclear agreement between Iran and world powers.

Iran argues that Trump’s decision violates the Treaty of Amity and Economic Relations signed by the two countries in 1955. Major European companies have suspended their activities in Iran fearing they might be punished by Washington.

This comes as Germany, France and Britain, as European partners to Iran’s 2015 nuclear deal, known as the Joint Comprehensive Plan of Action (JCPOA), have repeatedly criticized Trump for unilaterally withdrawing from the deal while reiterating that they would remain committed to it. China and Russia have also promised to do their best to save the JCPOA.

In its lawsuit in the ICJ, Iran has called on the court to order the US to “immediately suspend” the sanctions, saying Washington has no right to reinstate such measures.

Iran said in court papers that it “requests, pending final judgment in the case, the Court indicate... that the USA shall immediately take all measures at its disposal to ensure the suspension of the implementation of all the May 8 sanctions.”

The lawsuit said that the US “is besieging Iran economically, with all the dramatic consequences that a siege implies for the besieged population.”

Trump unleashed a first round of its sanctions on Iran in early August while a second round, which is meant to affect Tehran’s oil trade, will take effect in November.

A provisional ruling by the ICJ would take a couple of months while a final verdict would at least take several years to come.