TEHRAN, August 24 - Hurricane Lane drenched Hawaii Thursday ahead of its arrival in the island state, prompting US President Donald Trump to declare a state of emergency as landslides and flash flooding left roads blocked. 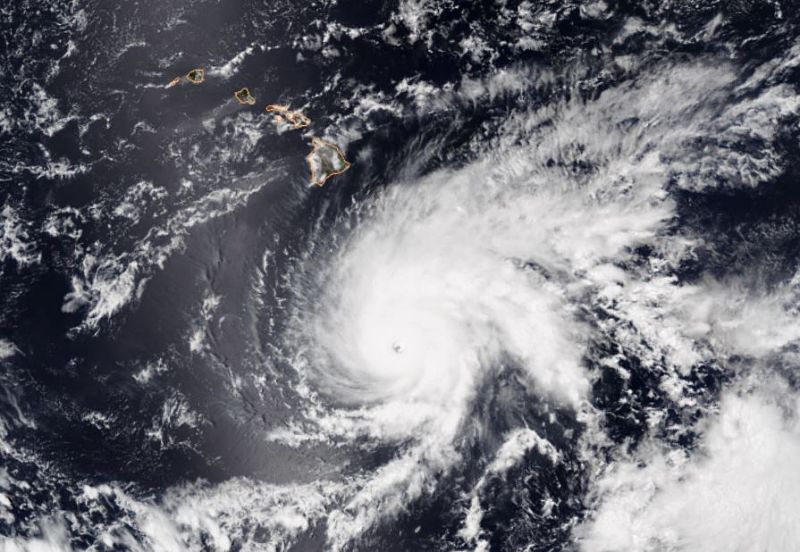 The eye was expected to sweep very close to or over the islands, 2,000 miles southwest of the mainland US, sometime later Thursday.

Up to 12 inches (30 centimeters) of rain had already fallen before dawn, according to federal authorities, with 30 inches expected in the worst-hit areas over the coming four to five days.

"Someone once told me it wasn't raining when Noah built the Ark," American Red Cross vice-president Brad Kieserman told a news conference in Washington.

"That means that readiness is important -- readiness to make sure we can fulfill our responsibility and the critical infrastructure lifelines."

Emergency teams have set up 16 evacuation centers, with a further 19 due to open throughout the day, authorities said, as Trump urged Hawaiians to hunker down and prepare for the worst.

"Our teams are closely coordinating with the state and local authorities. You are in our thoughts!" Trump tweeted.

Brock Long, chief of the Federal Emergency Management Agency (FEMA), said: "We are extremely concerned about the potentials for inland flooding, landslides occurring and damage to the transportation, communications infrastructure."

Residents across the state were stocking up on water, food, gasoline and emergency supplies as Lane drew nearer.

"Last couple of days it's been like this -- it's been busy," said Chris, an employee at a gas station in Haleiwa, on the north shore of Oahu island -- the location of the capital Honolulu.

"We have been just constantly getting cars filling up. Everybody is in a panic mode right now -- everyone is filling up gas, gas cans, propane cans and all that."

Landslides and flooding caused by the first rainstorm partially blocked several roads on Big Island, according to local media.

Sea levels were expected to rise as much as two to four feet above normal tide levels, causing coastal erosion and prompting a storm surge and "large and destructive waves."
Surfers were observed taking advantage of the calm before the storm to get out on their boards one last time Wednesday before the ocean got too violent.