TEHRAN, August 24 - US President Donald Trump’s lawyer Rudy Giuliani has said that impeaching the president would lead to “a people's revolt," while Trump has warned that the “market would crash” if he's ever impeached by Democrats. 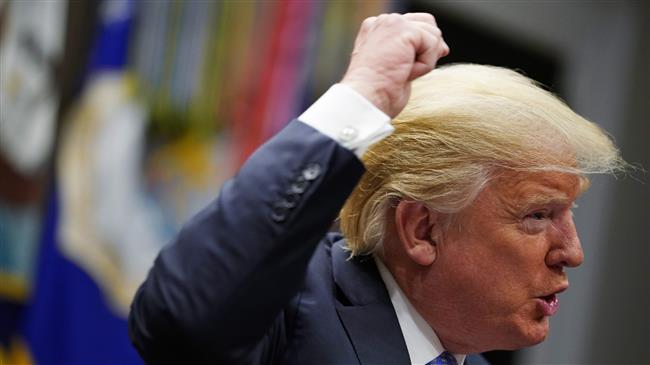 TEHRAN, Young Journalists Club (YJC) -In an interview with Sky News Rudy on Thursday Giuliani, former mayor of New York, claimed there was "no reason" for an impeachment.

"You'd only impeach him for political reasons, and the American people would revolt against that," Giuliani said.

When asked about whether the president was destined for "inevitable" impeachment, Giuliani replied, "Hardly.”

Michael Cohen once served as Trump's personal lawyer. On Tuesday, Cohen pleaded guilty to campaign finance violations and other charges, saying he made payments to influence the 2016 election at the direction of Trump.

Cohen said it is "absolutely clear that Donald Trump committed a felony" in the run-up to the presidential election.

Giuliani said he believed Trump has been "completely cleared" by Cohen's testimony.

Trump has denied any collusion by his campaign and has long denounced the Mueller probe as a witch hunt.

Giuliani said on Thursday that Trump's legal team told him he “should wait until all the investigations are over.”

He said he told the president, “You have to be sensitive to public optics.”

Meanwhile, Trump on Thursday warned that the “market would crash” if he's ever impeached by Democrats.

“I don’t know how you can impeach somebody who’s done a great job,” Trump wondered in an interview with Fox News on Thursday.

“I will tell you what, if I ever got impeached, I think the market would crash, I think everybody would be very poor,” he further warned.

“You would see - you would see numbers that you wouldn't believe in reverse,” he continued. “I don't know how you can impeach somebody who has done a great job.”

“I freed up, I got rid of regulations, the tax cut was a tremendous thing,” Trump said.

“Had Hillary and the Democrats gotten in, had she been president, you would have had negative growth. We picked up $10 trillion worth,” he claimed.