TEHRAN, August 24 - US President Donald Trump has censured social media giants for silencing “millions of people” in an act of censorship. 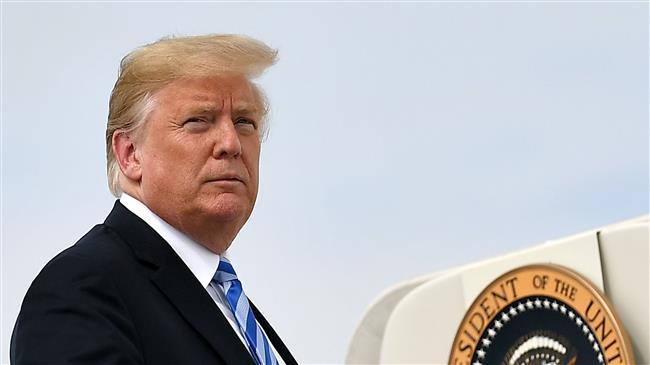 “Social Media Giants are silencing millions of people. Can’t do this even if it means we must continue to hear Fake News like CNN, whose ratings have suffered gravely. People have to figure out what is real, and what is not, without censorship!” Trump said.

On Tuesday, Facebook targeted hundreds of accounts allegedly tied to the countries under the similar pretext of fighting “misinformation.”

The targets were identified as “networks of accounts misleading people about what they were doing,” Facebook’s chief executive Mark Zuckerberg said.

Among the accounts was one belonging to the Quest 4 Truth (Q4T) Iranian media organization, which promotes Islamic values.

Facebook said it had worked closely with law enforcement authorities in both the US and the UK over the investigation, and had also briefed the US Treasury Department and State Department about the move.

In a simultaneous move, Twitter Inc (TWTR.N) and Alphabet Inc (GOOGL.O) also acted on FireEye’s claims and removed hundreds of accounts said to be tied to Iranian “actors,” which are said to be promoting Iran’s geopolitical agenda.

After Twitter and Facebook, Google said on Thursday it had also terminated some accounts allegedly tied to Iran and Russia in order to fight "misinformation."

The company said it had blocked 39 YouTube channels as well as disabling 13 accounts at its Google+ social network and six accounts at Blogger.