TEHRAN, August 25 - A team of UN investigators has started work in Iraq aimed at collecting evidence on the massacre of the country's Izadi minority by Daesh terror group. 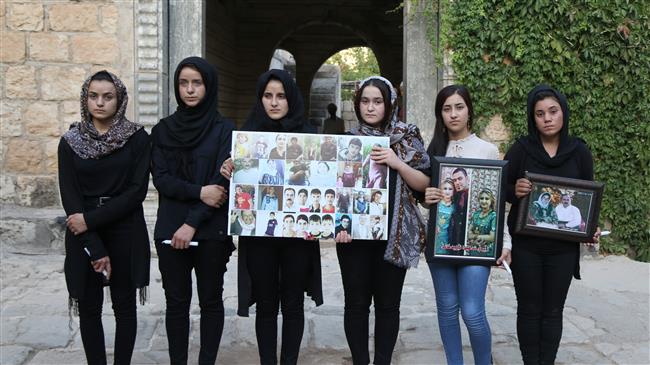 TEHRAN, Young Journalists Club (YJC) - According to reports, UN Secretary-General Antonio Guterres in a letter dated August 17 had informed the UN Security Council that a team of investigators led by British human rights lawyer Karim Asad Ahmad Khan would start its work on August 20. The letter was disclosed on Thursday.

Evidence on war crimes as well as crimes against humanity or genocide from the probe would be forwarded to Iraqi courts studying cases of Daesh convicts.

The Security Council had voted on a resolution to initiate the probe last September in order to "support domestic efforts" to hold the terrorists accountable.

The potential use of the evidence at other courts would "be determined in agreement with the government of Iraq on a case-by-case basis," the resolution stated.

In 2014, Daesh committed what the UN concluded was a genocide of Iraq’s Izadi community during its offensive against the northern region of Sinjar.

The world body has further accused the outfit of trying to destroy the minority through killings, sexual slavery and other crimes.

The atrocities have forced tens of thousands of Izadis to flee the Arab country.
Various accounts have emerged, though, of the group continuing to haunt its victims.

Earlier, it was reported that an Iraqi Izadi woman had been forced to flee Germany back to Iraq after being chased by her alleged Daesh captor in the European country.

"I ran away from Iraq so I would not see that ugly face and forget anything that reminds me of it, but I was shocked to see him in Germany," Ashwaq Haji Hamid told InfoMigrants, a news site about migration.

She said a friend of hers living in Stuttgart had told her a similar story about meeting her captor in Germany.

Iraq and Syria defeated Daesh late last year. However, a report published by the UN earlier in the month said between 20,000 and 30,000 Daesh terrorists had maintained presence in both countries.