TEHRAN, August 25 - Jordanian lawmakers say they are fiercely opposed to the appointment of a new ambassador to Israel, demanding that the peace treaty with Tel Aviv should be scrapped. 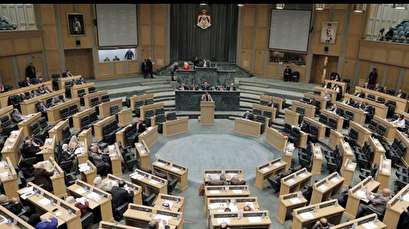 TEHRAN, Young Journalists Club (YJC) -Jordanian lawmakers say they are fiercely opposed to the appointment of a new ambassador to Israel, demanding that the peace treaty with Tel Aviv should be scrapped.

Ghassan Majali is expected to replace the incumbent Ambassador to Israel Walid Obeidat, who is set to conclude his tenure after more than five years.

Lawmakers say if Jordan decides to appoint an ambassador to Israel, it should change the nature of its position.

"The new ambassador should defend Jordan's interest, and mainly halt the activity of the occupation regime in al-Quds," MP Hazem Majali said.

Jordan is the custodian of Jerusalem al-Quds’ Muslim holy sites, making Amman sensitive to any changes of the status of the occupied city.

Following a decision by US President Donald Trump to relocate the US Embassy from Tel Aviv to Jerusalem al-Quds, criticisms grew among Jordanians toward what they saw as an effort that could undermine their role in the holy city.

It is generally believe that the move by the Jordanian Parliament to scrap the peace agreement with Israel is a result of the same criticisms.

"Our fundamental stance is that the peace agreement with Israel should be abrogated,” MP Hazem Majali was quoted as saying by Israeli website Ynetnews.

"We seek to scrap the agreement and don't succeed,” he added, “We stand with them (the Palestinians) in their just fight," Majali added.

The regime lays claim to the occupied holy city of Jerusalem al-Quds as its “capital,” despite the Palestinians demanding that the city’s eastern part serve as the capital of their future state. Tel Aviv has been emboldened in its assertions about the city after last December when the administration of US President Donald Trump recognized Israel’s claim.

On May 19, it adopted a controversial bill, which affirmed the stance, while declaring the occupying entity “the nation-state of the Jewish people."

Jordan is the custodian of the al-Aqsa Mosque’s compound, the third holiest site for Muslims, which is situated in al-Quds’ Old City.

The country has stood by the Palestinians concerning their demand about East al-Quds.

Majali said if Amman went ahead with sending the envoy anyway, "the new ambassador should defend Jordan's interest, and mainly halt the activity of the occupation regime in Jerusalem [al-Quds]."

The country’s current Ambassador Walid Obeidat is set to conclude his tenure after more than five years.

The Israeli embassy in Amman shut down last July after two Jordanians were gunned down by an embassy guard, prompting the return to Israel of the Israeli ambassador along with the guard involved in the shooting.

That guard, who claimed that he shot the Jordanians in self-defense, received a hero’s welcome on his return, further enraging the Jordanians.