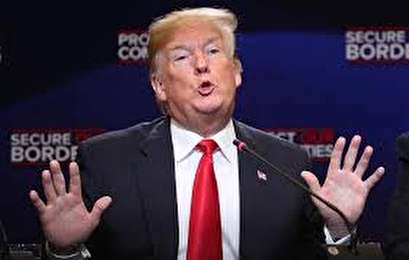 The immunity deal for the CFO, Allen Weisselberg, was first reported by the Wall Street Journal, which also reported he was called to testify before a federal grand jury earlier this year.

Weisselberg was given immunity months ago, one of the people familiar with the matter told Reuters. The source declined to provide further details.

A cooperation deal between Weisselberg and prosecutors could be damaging to the president given the CFO’s longtime role in Trump’s business affairs. Weisselberg has worked for the Trump family for more than four decades, including as treasurer for the Donald J. Trump Foundation, and is one of the people to whom Trump entrusted his business before taking office.

Rudy Giuliani, a lawyer for the president, said he did not know what Weisselberg had been questioned about. But Giuliani said Trump’s legal team had been through the executive’s business dealings and found nothing that could threaten the president.

“I know what he knows and none of it is of concern to us,” said Giuliani. “There’s nothing he has that would hurt.”

Nicholas Biase, a spokesman for the U.S. Attorney’s Office in Manhattan, which has been leading the Cohen probe, declined to comment, as did the White House. The Trump Organization did not respond to a request for comment. Alan Futerfas, an outside lawyer for the New York-based company, declined to comment.

Cohen - who arranged hush-money payments shortly before the November 2016 U.S. presidential election to two women who said they had had sex with Trump in 2006 - on Tuesday pleaded guilty in New York to campaign finance violations and other criminal charges. Trump has denied having sex with either woman.

Cohen said that Trump directed him to arrange a $150,000 payment to former Playboy model Karen McDougal and a $130,000 payment to adult-film actress Stormy Daniels, whose real name is Stephanie Clifford.

Such payments could be considered illegal campaign contributions under federal election law, according to experts.