TEHRAN, August 25 - Hurricane Lane weakened Friday as it dumped more than a dozen inches of rain in some parts of Hawaii, the Central Pacific Hurricane Center said. 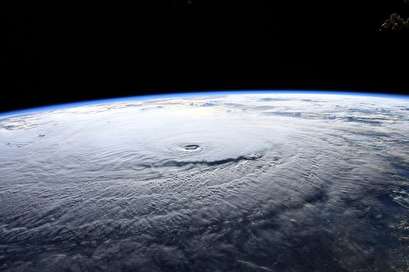 TEHRAN, Young Journalists Club (YJC) -Hurricane Lane weakened Friday as it dumped more than a dozen inches of rain in some parts of Hawaii, the Central Pacific Hurricane Center said.

The center of the storm was located about 120 miles south of Honolulu and 115 miles west of Kailua-Kona, the CPHC said in its 2 p.m. HST update. The Category 1 storm was moving north-northeast at 5 mph with 85 mph maximum sustained winds.

As many as 40 inches of rain from Hurricane Lane is forecast for parts of Hawaii Friday, which could trigger catastrophic flooding on the islands -- which, it appears, will escape a direct hit.

Although forecasters expected Hawaii to escape a direct hit from the storm, officials ordered evacuations in some areas because of flooding in the Hilo area. Up to 40 inches of rain were expected in some parts of the state.

Lane was expected to make its closest approach late Friday and early Saturday when it passes Maui and Oahu. Parts of the Big Island have seen more than 2 feet of rain.

Flash flooding, mudslides, heavy surf and coastal flooding were expected all over the islands as Lane heads north and west. One inch to 2 inches per hour were inundating parts of the Big Island, caused by the hurricane's outer bands. The city of Hilo saw 15 inches in 24 hours.

Lane's current track shows the storm passing close to the islands, but turning to the north and west to avert a direct hit. Forecasters said Lane's impact on the islands will be severe, no matter which path the hurricane takes.

Water levels on the Wailuku River rose 5 feet in 3 hours late Thursday, with the Hawaii Police Department and fire companies recommending evacuations across the Big Island.

President Donald Trump declared an emergency for Hawaii on Thursday and ordered federal assistance. The order authorizes the Department of Homeland Security and Federal Emergency Management Agency to coordinate all disaster relief efforts. Emergency measures will be provided at 75 percent federal funding, the White House said.