Over 1,000 arrested in Brazil for crimes including murder, violence against women

TEHRAN, August 25 - In a large-scale anti-crime operation, the Brazilian police have arrested 1,027 adults and 75 teenagers for domestic violence, murder, illegal possession of firearms, and drug dealing, among other crimes. 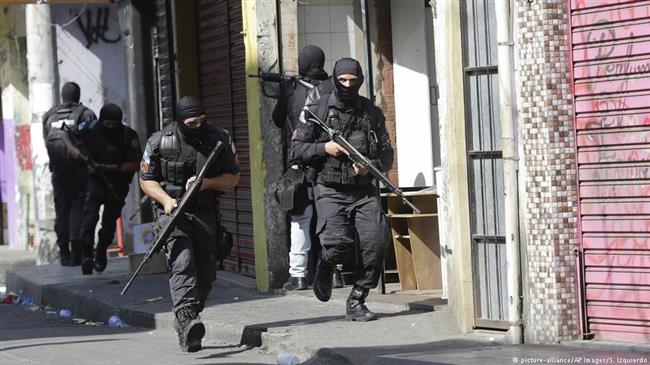 TEHRAN, Young Journalists Club (YJC) -According to figures released by the Brazilian Ministry of Public Security, 225 men were detained for murder, 14 others for killing women, and 143 for domestic violence during the Operation Chronos across the country.

The arrests also included 224 criminals apprehended for drug charges and illegal possession of guns, and 421 for other crimes, local media reported.

A recent surge in violent crimes in the Latin American country prompted the massive operation.

The main focus of the operation, however, was on crimes related to the so-called Maria da Penha law, which has strengthened penalties for violence against women since 2006, said Public Security Minister Raul Jungmann.

“What matters to us is protecting lives and above all combating femicide, this terrible and unacceptable crime. Some crimes are more serious and repugnant, especially those against women,” Jungmann said.

On average, over seven homicides are being committed in Brazil per hour, an annual report by the non-profit Brazilian Forum for Public Security said.

Brazil witnessed a six-percent increase in the number of femicides in 2017, and that included 1,133 deaths as a result of murders specifically targeting women. There were also 60,018 rapes in Brazil, which showed an eight-percent rise compared to 2016.