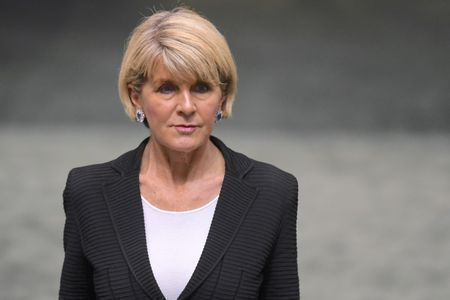 TEHRAN, Young Journalists Club (YJC) - Bishop announced she would move to the backbench and had not yet decided whether to contest the next election, which is due by May 2019. That decision could have serious implications for Morrison's government, which has a parliamentary majority of only one seat.

Morrison emerged as the surprise winner of Friday's party-room vote to replace Turnbull after a week of political chaos in Canberra that marked the emergence of Australia's sixth prime minister in less than 10 years.

He took over as leader of the Liberal Party, the senior partner in a Liberal-National coalition that has consistently trailed the opposition Labor party in opinion polls in recent months.

Bishop contested Friday's vote but was eliminated in the first round, with Morrison then emerging as a surprise compromise winner over Peter Dutton, Turnbull's conservative challenger who brought the leadership crisis to a head earlier in the week.

"I will remain on the backbench as a strong voice for Western Australia," Bishop said in a statement soon after she arrived back in her home state.

The possibility that Bishop could leave parliament before the next election will be a major concern for Morrison, Turnbull's former treasurer, because it opens the possibility of another by-election being held for her seat.

His party will already have to contest a by-election for Turnbull's harbourside electorate in Sydney, traditionally a safe Liberal seat. Turnbull's resignation from parliament was expected in the coming week.

Morrison has spent his first two full days in power working on a new Cabinet, although the only confirmed change so far is that his Liberal deputy and former energy minister Josh Frydenburg will take over as treasurer.