TEHRAN, August 26 - Sixteen people died after a tourist bus crashed along a winding road in west Bulgaria on Saturday, interior minister Alentin Radev said, after rushing to the scene of the accident. 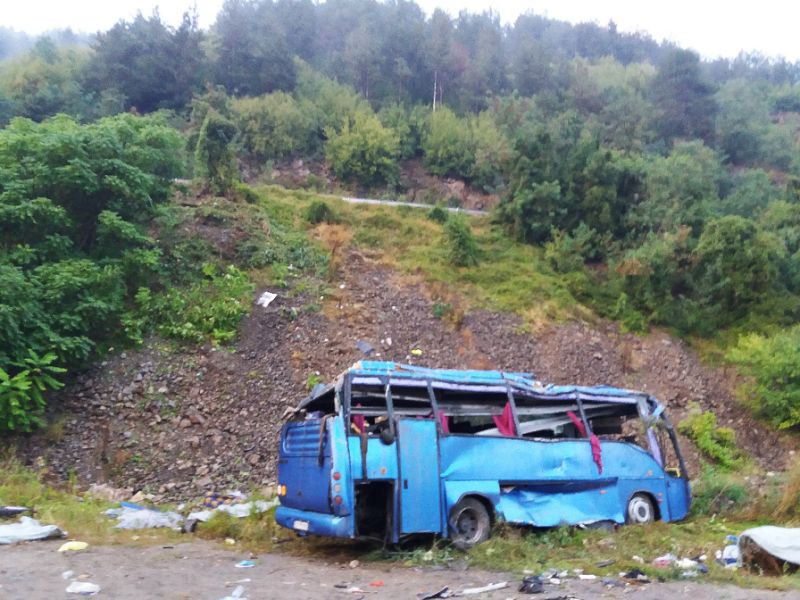 TEHRAN, Young Journalists Club (YJC) - "Thirteen people were killed on the spot and three others succumbed to their injuries," Radev said after arriving at the site of the deadly crash 57 kilometres (35 miles) north of the capital Sofia.

Twenty-six people were also injured in the accident, three of them seriously.

The bus, carrying Bulgarian tourists following a trip to a monastery, ran off the road in torrential rain and plunged down into a river gorge below.

In doing so it hit four cars but the passengers in these vehicles were not injured, police said.

The tourist bus, manufactured in 2001, was carrying 33 members of a retirement club, a transport official said.

Bulgaria is the poorest country in the European Union. Its road network in parts is poorly maintained and many of the vehicles are relatively old.

There are around a thousand road accident victims each year throughout the country.