TEHRAN, August 26 - Pope Francis faced a lukewarm reception and scattered protests Saturday on his trip to Ireland, with even his vow to rid the church of the "scourge" of sexual abuse and his outrage at those "repugnant crimes" dismissed as a disappointment by some of Ireland's wounded victims. 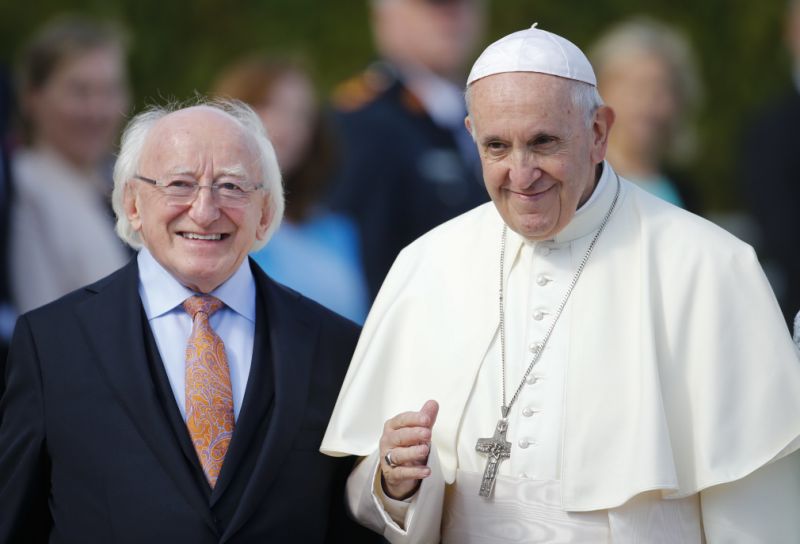 TEHRAN, Young Journalists Club (YJC) - But others who met with him in private left heartened that he would respond to their plight, including two of the thousands of children who were forcibly put up for adoption for the shame of having been born to unwed mothers. They said Francis described the corruption and cover-up in the church as "caca" — translated by the Vatican translator for the English speakers as "filth as one sees in the toilet."

The abuse scandal — which has exploded anew in the U.S. but has convulsed Ireland since the 1990s with revelations of unfathomable violence and humiliation against women and children — took center stage on the first day of Francis' two-day trip. The visit was originally intended to celebrate Catholic families.

Francis responded to the outcry by vowing to end sex abuse and cover-up during a speech to Irish government authorities at Dublin Castle.

"The failure of ecclesiastical authorities — bishops, religious superiors, priests and others — to adequately address these repugnant crimes has rightly given rise to outrage, and remains a source of pain and shame for the Catholic community," he told them. "I myself share these sentiments."

He cited measures taken by his predecessor, Pope Benedict XVI, to respond to the crisis. But while Benedict is credited with cracking down on abusers, he never acknowledged the Vatican's role in fueling a culture of cover-up or sanctioned bishops for failing to protect their flocks from predator priests.

Francis followed his promise with a 90-minute meeting with eight survivors of both clerical and institutional abuse and prayed quietly before a candle lit for victims in Dublin's cathedral. But neither his words nor the meeting with victims is likely to assuage demands for heads to roll.

She later took part in Francis' meeting with seven other abuse survivors, including two priests and a public official.

Colm O'Gorman, who is leading a solidarity rally on Sunday in Dublin for abuse victims, said Francis' remarks about sharing the shame felt by Catholics were an "insult to faithful Catholics, who have no reason to feel shame because of the crimes of the Vatican and the institutional church."

The reception that Francis received in Dublin contrasted sharply with the raucous, rock star welcome that greeted St. John Paul II in 1979 in the first-ever papal visit here. No one from the public was at the airport or the roads nearby when Francis arrived Saturday and the streets near a church-run homeless shelter that Francis visited were practically empty despite barricades designed to hold back crowds.

At one protest, people tossed baby shoes to remind the pope of the poor treatment the Catholic Church doled out to the children of unwed mothers.

Crowds did throng Francis' popemobile route and gathered outside Dublin's cathedral, basking in the sunny weather, and a stadium was nearly full for his evening vigil to close out the church's family rally.

And two of the Irish adoptees said they were heartened Francis said he would address their concerns at Mass on Sunday. They are asking him to publicly state that their mothers had done nothing wrong and to encourage reconciliation between all unwed mothers, many of them now aged, who were forced by society and the church to give up their children.