TEHRAN, August 26 -If it makes landfall, it will be the first hurricane to hit the islands in more than a quarter century. 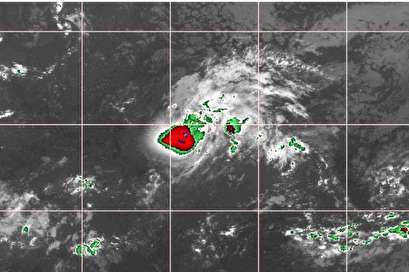 TEHRAN, Young Journalists Club (YJC) -If it makes landfall, it will be the first hurricane to hit the islands in more than a quarter century.

The U.S. federal government warned Friday that energy security for Hawaii is under threat as Hurricane Lane approaches the main islands.

The National Hurricane Center said Lane is a Category 3 hurricane that could make landfall in Hawaii at some point on Friday.

"On the latest forecast track, the center of Lane will move over, or dangerously close to portions of the main Hawaiian islands later today and tonight," the forecast read.

Maximum sustained winds are near 120 miles per hour. If it hits the Hawaiian Islands, it would be the first major hurricane to make landfall in 26 years.

The U.S. Energy Information Administration reported Friday that Lane poses a threat to Hawaii's energy infrastructure and supplies. The state imports nearly all of the energy it consumes and most of that is in the form of petroleum. Nearly 70 percent of the state's utility-scale electricity comes from petroleum-fired power plants.

On Tuesday, the Gov. David Ige issued a declaration of a state of emergency as Lane approached the islands. Under state law, he has the authority to shut off gas lines and power connections in the event of a disaster.

Apart from fossil fuels, Hawaii is just one of seven U.S. states to draw power from geothermal resources. That capacity, however, has been limited since May because of the eruption of the Kilauea volcano.

The National Hurricane Center forecast a westward turn for Lane and some weakening through Saturday. The storm, however, is expected to pose a significant threat to Hawaii as it moves closer throughout the day.