TEHRAN, August 26 -Moscow has lashed out at the UK’s Royal Air Force (RAF) for intercepting Russian patrol aircraft near Russia's own shores over the Black Sea, warning that such provocative actions are ‘simply dangerous’. 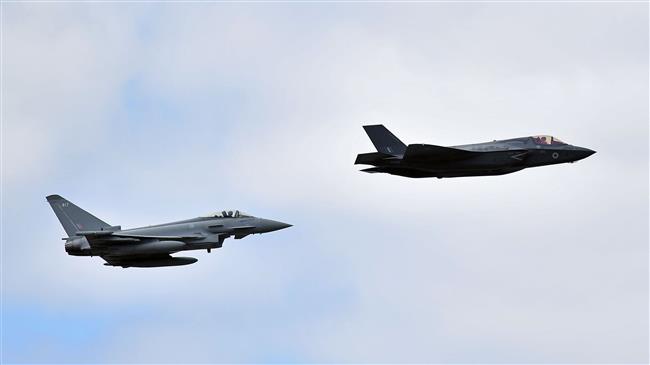 TEHRAN, Young Journalists Club (YJC) -The comments were made in a Saturday press release by the Russian Embassy in London after the RAF intercepted a Russian Be-12 heading south west over the Black Sea from Crimea on Thursday.

The embassy emphasized that the country’s armed forces “strictly comply with international law and pose no threat to Britain.”

“What kind of threat to Britain or its allies does a Russian patrol aircraft hypothetically pose while conducting flights off Russia's own shore, some 1,500 miles away from the UK?” the Russian embassy said.

The interception came less than two weeks after another similar incident, during which the RAF fighter jets stationed as part of a NATO mission in Romania were scrambled to intercept Russian bombers flying over the Black Sea.

The Russian embassy’s remarks came in reaction to an earlier statement by the British Ministry of Defense on the interception of the Russian maritime patrol aircraft, which claimed the interruption was a response to Russia’s "provocation."

The UK’s Defense Secretary Gavin Williamson said in the statement that the RAF was “collectively ready to respond to any act of aggression” and will support the UK’s “Eastern European allies to deter any threats faced.”

The Russian embassy, however, says Williamson and other British politicians who present such “routine Russian activity” as provocative incidents are themselves “behaving in a highly irresponsible manner.”

It also noted that the recent British interceptions were indicative of “how harmful is the very idea of deploying RAF and other NATO forces in Romania, Poland or Baltic states.”

“Instead of strengthening anyone's security, such military presence is being used by the British authorities for provocative actions of their own - not only through verbal statements, regrettable as they are, but also in real military terms, which is simply dangerous,” the Russian embassy added.

Such encounters between Russian and British air forces have occurred almost on a regular basis in the past.