TEHRAN, August 27 - Iran said Qatar has called for increasing the number of cargo ships travelling to and from Iran in an effort which could be meant to help the tiny Persian Gulf state better fend off the impacts of an economic blockade imposed on it by Saudi Arabia and its regional allies. 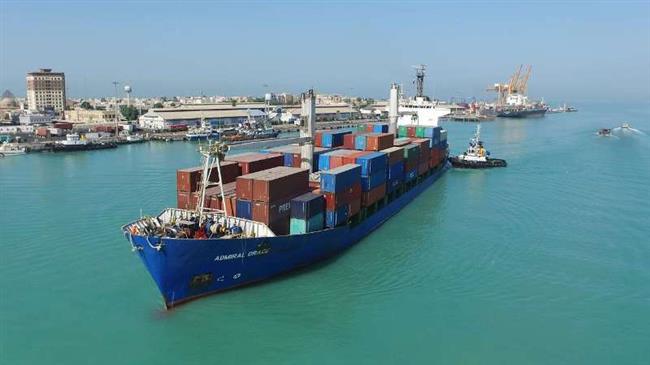 TEHRAN, Young Journalists Club (YJC) - Hadi Haqshenas, the managing director of the Ports and Maritime Organization of Iran, was quoted by the domestic media in Tehran as saying that Qatar had demanded to make the required changes so that more ships would travel between its Hamad Port and Iran’s Bushehr Port.

Haqshenas added that Iran had informed Qatar that it was ready to carry out all of its import and export activities through its own Bushehr Port, adding that a certain section of such activities involving shipping agricultural products to Hamad Port was already being carried out.

The official further emphasized that Iran was already equipped with the required facilities to ship transit goods from Turkey as well as other regional countries to Qatar through its Bushehr, IRNA reported..

He said there had been a serious rise in the volume of traffic between Bushehr and Hamad ports over the past year in what he said was a result of the Saudi-led blockade against Doha.

Qatar had many of its imports trans-shipped from the UAE and received the bulk of its fresh food across the Saudi border before the two countries as well as Bahrain and Egypt cut ties with Doha last June.

Since then, Qatar has found new sources of products in countries such as Turkey and Iran, and developed new shipping routes through Oman and Iran.

The Saudi-led bloc has presented Qatar with a list of steep demands, including the requirement that it downgrade ties with Iran, but Doha has refused to submit to them.

Iran, Turkey and Qatar have signed a trilateral agreement aimed at boosting trade amid the Saudi-led blockade.

Last September, a land route from Turkey to Qatar via Iran became operational, with officials saying it had significantly cut transport costs.

Turkey and Iran were quick to ease the economic stranglehold on Qatar when the embargo began, flying food and other commodities and then agreeing on a land route to export goods to Qatar.

Trucks carrying milk, fruits, vegetables, grains and other food products from Turkey and Iran make the journey to Bushehr on the Persian Gulf from where they are carried by Ro-Ro ships to Qatar.