TEHRAN, August 27 - The Defense Ministries of Iran and Syria signed an agreement on military and technical cooperation during Iranian Defense Minister Brigadier General Amir Hatami’s visit to the Arab country. 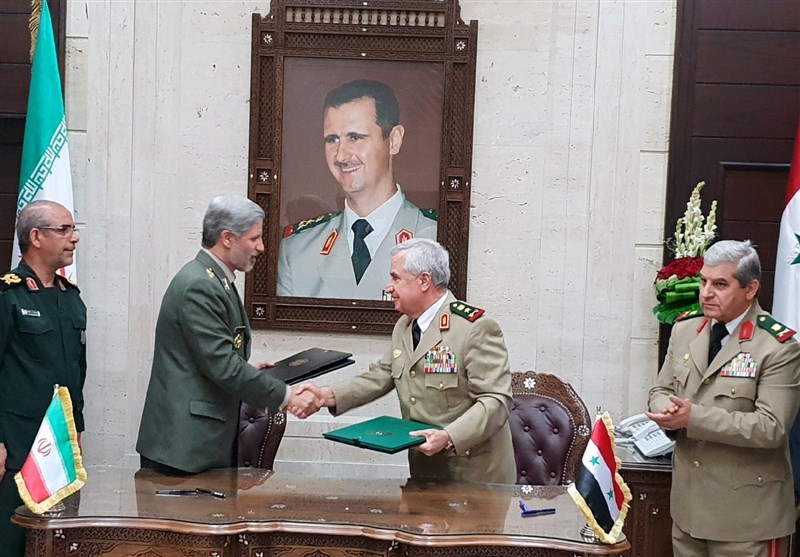 Under the agreement, Iran and Syria will enhance military and defense cooperation.

“Syria is moving out of crisis and entering the reconstruction phase,” the Iranian defense minister said, adding that the agreement with Syria defines the grounds for Tehran-Damascus defense cooperation.

Ayyoub, for his part, praised Iran for supporting his country in the fight against terrorism, stressing that Syria and Iran would not allow others to harm their close relations.

Since the outbreak of war and foreign militancy in Syria in 2011, Iran has stood by the Syrian government and supported its people against terrorist groups, including Daesh (ISIL).

In recent months, the Syrian army has managed to liberate many of the areas occupied by terrorists and has begun the reconstruction process.