TEHRAN, August 27 -The UK aviation industry is set to take a major hit after the country’s pending exit from the European Union (EU) unless Prime Minister Theresa May manages to strike a deal with the bloc, a think tank warns. 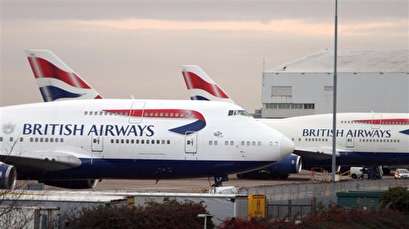 TEHRAN, Young Journalists Club (YJC) -The UK aviation industry is set to take a major hit after the country’s pending exit from the European Union (EU) unless Prime Minister Theresa May manages to strike a deal with the bloc, a think tank warns.

According to a new report by the London-based Institute for Economic Affairs (IEA), World Trade Organization (WTO) laws, which the UK would default back to after Brexit, are not enough to grant the UK air traffic control rights.

When the divorce eventually takes effect in March next year, the UK will no longer be a member of the EU’s Single Aviation Market (SAM) and failure to strike an alternative arrangement means most of the country’s airlines will lose operating licenses to fly over the remaining 27 EU countries, the IEA report said.

Even worse, the UK also risks losing air traffic rights over the United States, Canada and Switzerland because of their involvement in deals that were made through the EU.

“If there are no alternative arrangements in place, it would be as bad as the worst fears suggest: planes would not be allowed to fly,” warned Julian Jessop, the IEA’s chief economist.

The worst case scenario warning comes amid repeated assertions by May that she would not hesitate to take the country out of the EU without a deal, risking all sorts of known and unknown consequences.

Jessop, however, said the government could prevent air travel chaos even in a no-deal Brexit.

One solution, according to the IEA, is for the UK to join non-EU countries Norway and Iceland as members of the European Common Aviation Area (ECAA), although that would require “fudging” some Brexit redlines.

There is also the option of striking free trade deals that involve air travel, this could cut London’s access to the EU market while also taking longer to finalize, the Jessop added.

While the report downplayed the real possibility of a widespread grounding of British planes because of the economic damage that it could have for the EU, the possibility is always there.

Last October, Chancellor of the Exchequer Philip Hammond admitted that it was “theoretically possible” for all airlines to be grounded but he said it was not going to be the case.

May’s chaotic handling of Brexit has raised concerns among EU skeptics that, as an originally pro-EU campaigner, she does not really want to take the country out of the bloc despite the will of British voters who opted to leave the EU in a June 2016 referendum.