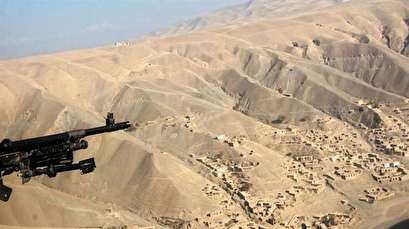 Khalil Asir, a spokesman for Takhar provincial police, said it was not clear if the aircraft was Russian or Tajik  but that eight Taliban militants were killed and six others wounded.

However, the Russian Defense Ministry said later that its warplanes had not carried out any operations near the Afghan-Tajik border.

Jawed Hejri, the spokesman for Takhar provincial governor, said those killed in the clash with Tajik border forces were drug smugglers.

“The identity of the drug smugglers is not known,” Hejri added.

The Taliban confirmed the clashes and the bombing, but said it was investigating the incident since “Taliban fighters have no permission to clash with neighbor countries.”

The group’s spokesman Zabihullah Mujahid said the aircraft had bombed a forested area used by smugglers.

Tajik authorities have not yet commented on the incident.

Cross-border clashes are not common along Afghanistan’s border with Tajikistan.