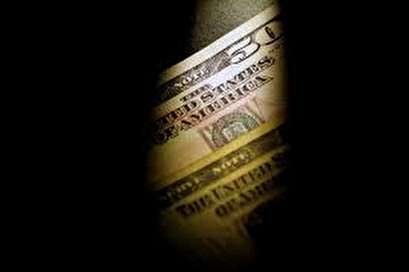 The Treasury yield curve reached its flattest level since 2007 - a factor seen as reducing support for the dollar - in the wake of Powell’s speech.

His comments did little to change market expectations for rate hikes in September and December and disappointed some dollar bulls hoping for a more hawkish message.

“Some in the market were wrongfooted because they thought the Fed might shift toward an auto-pilot mode (approach to rate hikes) as it did in 2004. Obviously, Powell prefers a gradual approach,” said Ulrich Leuchtmann, head of FX and emerging market research at Commerzbank AG in Frankfurt.

“The return of risk appetite is negative for the dollar and its safe-haven appeal.”

The dollar index against a basket of six major currencies .DXY was broadly flat at 95.254 at 1100 GMT, after slipping more than 0.5 percent in the previous session.

Adding to the risk-on mood, U.S. and Mexican trade negotiators appeared close to reaching a common position on NAFTA, with Mexico’s economy minister saying on Sunday that talks had “continued to make progress”.

“There is growing optimism that a US/Mexican agreement can be reached ...which in turn would allow Canada to re-join talks and progress to be made overall,” said Kit Juckes, foreign exchange strategist at Societe Generale.

“We’re never more than a tweet away from disaster on trade negotiations but for now, there’s optimism.”

The Mexican peso MXN=D4 was up 0.7 percent at 18.81 per dollar. Talks are scheduled to resume on Monday.

A prospective U.S. deal with Mexico “takes a little bit of global trade war risk off the table”, said Robert Carnell, chief economist and head of research, Asia-Pacific at ING.

The Chinese yuan extended its rally in the onshore market to as high as 6.8061 per dollar CNY=CFXS, its strongest since Aug. 8.

The yuan had surged about 0.8 percent in onshore trade on Friday after the People’s Bank of China said it was adjusting its methodology for fixing the yuan’s daily midpoint, amid broad dollar strength and ongoing trade tensions between Washington and Beijing.

In emerging markets, the Turkish lira weakened 3 percent against the dollar on Monday after a week-long holiday, hit by persisting concern about a diplomatic rift with Washington over a detained U.S. pastor.

The slide as local trading resumed left the lira down around 38 percent this year.

A broad retreat in emerging market currencies earlier this month had been a key source of strength for the greenback.