TEHRAN, August 27 -Profit growth for China’s industrial firms slowed for a third straight month in July, in a further indication that demand in the world’s second-biggest economy is cooling even as U.S. trade pressure mounts. 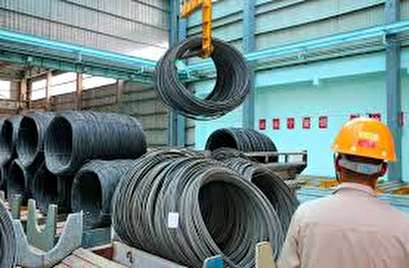 TEHRAN, Young Journalists Club (YJC) -Profit growth for China’s industrial firms slowed for a third straight month in July, in a further indication that demand in the world’s second-biggest economy is cooling even as U.S. trade pressure mounts.

Industrial profits in July rose 16.2 percent from a year earlier to 515.12 billion yuan ($74.94 billion), easing from 20 percent in June and the slowest pace since March, data from the National Bureau of Statistics (NBS) showed on Monday.

To cushion the economy and revive investment, China is speeding up infrastructure spending. It is also keeping liquidity in the financial system ample, and is offering more help to companies struggling with high costs or having trouble obtaining financing.

But analysts at Nomura noted it will take some time for recent government stimulus and policy easing measures to be felt.

“We expect the economy to get worse before it gets better,” they said.

Profit growth slowed in July as producer price inflation moderated, He Ping, an official at the statistics bureau, said in a statement accompanying the data.

For the first seven months of the year, industrial firms have reported profits of 3.9 trillion yuan, up 17.1 percent from the same period last.

However, while headline growth remains robust, it has not been broad based. In fact, China’s profit performance has been markedly lopsided across business sectors for some time.

Producers and refiners of raw materials like oil companies and steel mills have accounted for roughly two-thirds of the gains this year. Smaller firms are facing much tougher business conditions that are squeezing profit margins.

Oil, steel, building materials and chemical sectors were key drivers behind the profit growth in the first seven months of the year. But profit growth in non-ferrous metal smelting and processing, furniture, railway and aircraft manufacturing fell during the same period from a year earlier.

A spate of weaker data in the last few months has shown investment growth has slowed to a record low. Industrial output growth has also remained soft.

China’s steel mills, for example, are enjoying a sustained boom as the government limits production in some parts of the country to curb smog, supporting prices despite signs of softening demand. Shanghai rebar steel futures rallied to a seven-year high last week.