TEHRAN, August 27 -The European Union's executive in Brussels will hold a meeting this week with the authors of a UN report that called for prosecution of Myanmar's army chief and five other top military commanders for genocide against the country’s Rohingya Muslim minority. 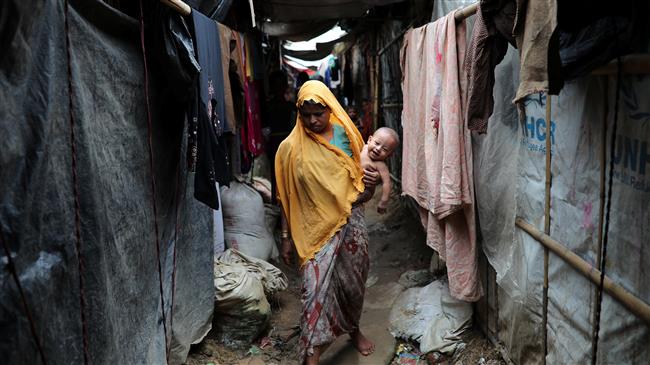 TEHRAN, Young Journalists Club (YJC) -A spokeswoman for the European Commission said on Monday that Myanmar’s top military brass must face justice and be held accountable.

"Those responsible for alleged serious and systemic human rights violation must be held to account," the spokeswoman said, adding, "Any further EU steps is something that would have to be discussed with the member states."

Elsewhere in her remarks, the spokeswoman said the UN report was timely as the situation in Myanmar was still "extremely serious."

Reacting to the report, Britain's junior foreign minister Mark Field also said that those responsible for mass killings and gang rapes of the Rohingya must not escape punishment. "There cannot and must not be impunity for such act."

This came after a UN-backed fact-finding mission on Myanmar said the country's "top military generals, including Commander-in-Chief Senior-General Min Aung Hlaing, must be investigated and prosecuted for genocide in the north of Rakhine State."

Criticism was also directed at Myanmar's de facto leader Aung San Suu Kyi, who has been the target of global vitriol for a perceived failure to stand up for Rohingya Muslims. The report found that she “has not used her de facto position as head of government, nor her moral authority, to stem or prevent the unfolding events."

Suu Kyi has done virtually nothing to stop the crimes committed by the military against the Rohingya. Suu Kyi’s government has also obstructed UN officials who have sought to investigate the situation and it has prevented aid agencies from delivering vital supplies of food, water and medicine to the Rohingya.

In recent months, Myanmar’s armed forces joined by Buddhist mobs have been engaged in a campaign of terror against Muslim families living in Rakhine, killing them, torching their houses and forcing hundreds of thousands of them to flee.

Many have settled in camps in neighboring Bangladesh. Thousands remain on a stretch of land known as the no-man’s-land between Myanmar and Bangladesh.

Some 700,000 Rohingya have been driven into neighboring Bangladesh since last August by the army crackdown.

The United Nations has said it has strong suspicions that “acts of genocide” have taken place against the Rohingya.