TEHRAN, August 28 - A top Iranian navy commander says the country has full control of the Persian Gulf and the Strait of Hormuz and is ready to protect the waters as well as the Sea of Oman. 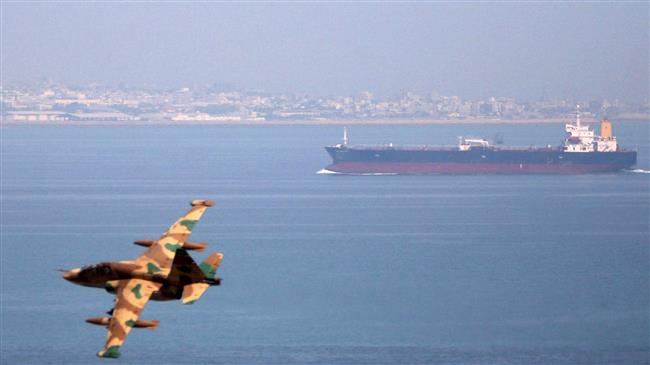 TEHRAN, Young Journalists Club (YJC) - "In the Persian Gulf, the IRGC Navy and in the Sea of Oman, the naval forces of the Army are prepared to defend the waters with their intelligence dominance and monitoring of the enemy's physical presence," General Alireza Tangsiri said on Monday.

Tangsiri is the head of the naval forces of the Islamic Revolution's Guards Corps (IRGC).

He said there is no need for the presence of foreign forces in the Persian Gulf as he appealed to the regional countries to help Iran secure the waters.

"We have a message to our Muslim neighbors: we have repeatedly stated that 'we are extending our hand of brotherhood to you and believe that the Persian Gulf is our home for which we can provide security'.

"There is no need for foreigners such as the United States and the countries whose home is not here," Tangsiri added.

In its lifetime, the general said, the Islamic Republic has not attacked any country but "the enemy is using the ploy [alleged Iranian threat] to have a presence in the region and sell arms."

"Their presence in the region is detrimental to security and does not bring about any security," he added.

US troops are deployed throughout the Persian Gulf region, with Saudi Arabia, Kuwait, Bahrain and Turkey involved in some aspect of the American military buildup.

The US 5th Fleet is currently deployed in the Persian Gulf with carriers, ships, strike aircraft, sailors and marines and has been involved in periodic confrontations with Iranian forces.

According to the US navy, from January 2016 to August 2017 there was an average of 2.5 interactions per month between US troops and Iranian maritime forces.

Iranian military commanders have said US forces typically observe the recommendations of Iran's patrol boats and play by the rules. In January, however, a senior Iranian naval officer said Iran’s warplanes warned off two “coalition vessels” during military drill in waters off the country’s southeast.

"In the Persian Gulf, we have no problem which the enemy might cause. The Persian Gulf is our home and we can provide security there," General Tangsiri said.

The most sensitive location in the Persian Gulf is the Strait of Hormuz, a strategic waterway for oil shipments.

Tangsiri said, "In the Strait of Hormuz, we control the lanes and the arrival and presence of ships according to the protocol which exists for the country's waters and coastal strips, where all military and civilian ships and vessels are controlled."

"We have a full command over the Persian Gulf and our presence in the region is physical, constant and round-the-clock," he added.

US President Donald Trump's threat in May to bring Iran's oil exports down to zero prompted President Hassan Rouhani to implicitly warn that Iran might close the Strait of Hormuz.

“It would be meaningless that Iran cannot export its oil while others in the region can.

Do this if you can and see the consequences,” the Iranian president said.

Earlier this month, Iran’s navy mounted a locally-built advanced defensive weapons system on one of its warships for the first time.

Iranian Navy Commander Rear Admiral Hossein Khanzadi reiterated that coastal and sea testing of the short-range defense Kamand system was concluded successfully. The system will be mounted on a second ship soon, he said.

The Kamand has been dubbed the “Iranian Phalanx” after an automated machinegun whose heavy bullets shred incoming missiles.