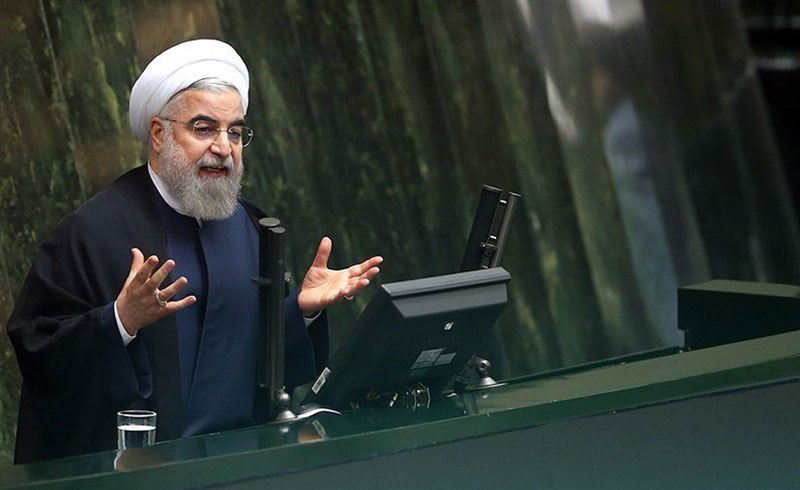 TEHRAN, Young Journalists Club (YJC) - Hassan Rohani appeared in Parliament to present his answers to the lawmakers' questions concerned mainly to the recent disturbances in the country's economy.

Rouhani defended his administration’s performance in two rounds. He convinced the lawmakers on the issue of banking sanctions, but failed to do so on the rest of the questions.

The lawmakers were all also critical of the continuation of banking sanctions against Tehran despite the 2015 nuclear deal-- under which those restrictions should no longer exit.

The agreement, officially known as the Joint Comprehensive Plan of Action (JCPOA), relieved the country of nuclear-related sanctions – including those by the US -- and was endorsed in the form of a UN Security Council resolution.

Rohani said that the difficulties people are challenging today are transient and are nothing against their hope.

Then he addressed White House dwellers "We do not allow a bunch of anti-Iran [ones] gathered today in the White House to plot against us. The White House had better not think it will be happy at the end of today meeting; it must know that the end of the meeting will be very sad. The end of the session today is a more unity between the Parliament and the government and between all the officials and the three Powers with the supervision and direction of the Leader of Revolution. We are not afraid of US, nor are we afraid of problems, and we will pass through it."