US, Canada set for talks to revise NAFTA

TEHRAN, August 28 - With a deal with Mexico out of the way, US trade officials are due to resume talks with Canada on Tuesday to try to salvage the North American Free Trade Agreement as a trilateral deal. 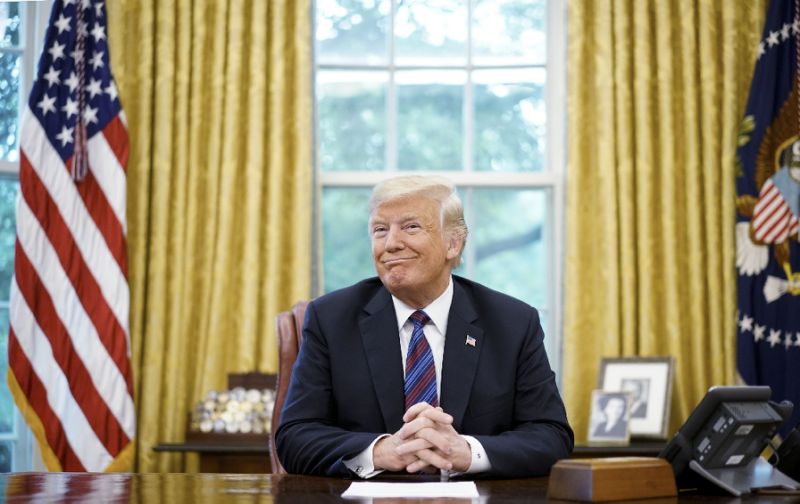 TEHRAN, Young Journalists Club (YJC) - After months of intense negotiations, the United States and Mexico announced an agreement Monday on a thorough overhaul of the 25-year-old free trade pact, but President Donald Trump suggested he could cut Ottawa out.

Canadian Prime Minister Justin Trudeau stressed in a phone call with Trump that the aim is to reach a new NAFTA deal.

The leaders "had a constructive conversation" on NAFTA, and "look forward to having their teams engage this week with a view to a successful conclusion of negotiations," Trudeau's office said.

Canadian Foreign Minister Chrystia Freeland interrupted a trip to Europe to rush back to Washington to begin talks with US Trade Representative Robert Lighthizer.

The outlines of a NAFTA 2.0 are now on paper, including provisions on auto trade, tougher worker protections and a provision to review the deal every six years.

"It's a big day for trade. It's a really good deal for both countries," President Donald Trump said in announcing the agreement from the Oval Office, with Mexico's President Enrique Pena Nieto participating by telephone.

Negotiators have worked for a year to update and rewrite NAFTA, but in the last five weeks Washington and Mexico City worked to resolve their bilateral issues without Ottawa.

Trump stressed that he could go ahead without Ottawa in the new agreement.

"We could have a separate deal or we could put it in the same deal," Trump said.

He indicated he would take a tough line with Canada on autos and dairy tariffs, long a source of tension between the neighboring countries.