Crocodile on the loose after late night restaurant escape

TEHRAN, August 28 - Police in China are investigating after a crocodile's late night escape from a restaurant was caught on security camera. 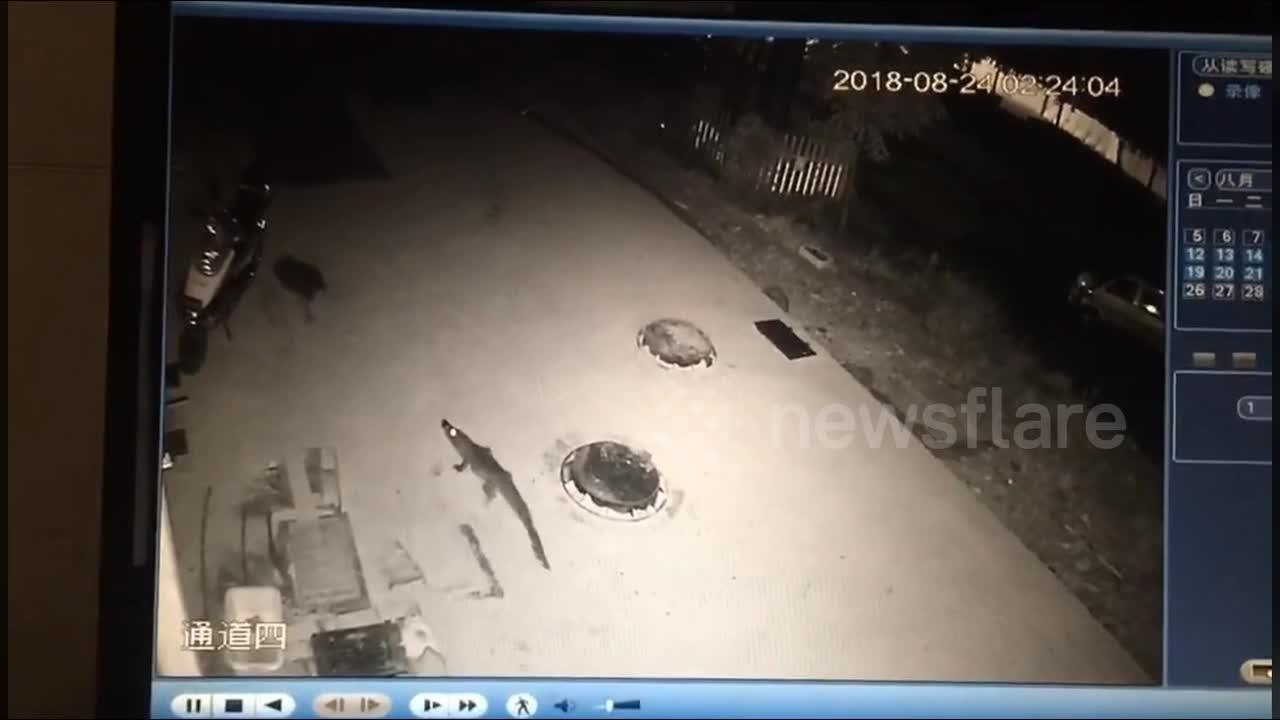 TEHRAN, Young Journalists Club (YJC) - Footage recorded by the security camera outside the eatery in Zhejiang province shows the crocodile scampering off into the night after making its way out of the building just after 2 a.m.

Police said the crocodile had been legally purchased by the restaurant, but the details of the escape were unclear.

The approximately 3-foot crocodile is not believed to pose a threat to the public, but police are warning nearby residents to be cautious.