TEHRAN, August 28 - Police in the Indonesian part of Borneo island have arrested more than a dozen people suspected of starting forest fires that have killed four people in the past month. 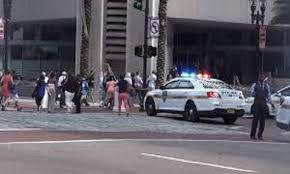 TEHRAN, Young Journalists Club (YJC) - West Kalimantan police chief Didi Haryono said Tuesday that two of the 27 people wanted by police died in blazes they started to clear land for planting. He said 14 people have been arrested so far.

They could be prosecuted under an environmental protection law that allows a maximum 10-year prison sentence for setting fires to clear land.

The national disaster agency says four people have died in West Kalimantan's forest fires in the past month, including two suspects.

Millions of hectares burned in Indonesia during annual dry season fires in 2015 that spread a health-damaging haze across the region for weeks.

The disaster, estimated by the World Bank to have caused losses of $16 billion, was exacerbated by the practice of draining swampy peatland forests for industrial plantations, making them highly combustible. Indonesia's government imposed a moratorium on peatland development in 2016 but has made little progress with plans to restore such wetlands to their original condition.

Officials said the recent haze in West Kalimantan has diminished due to fire-fighting efforts.

Sahat Irawan Manik, an official with a local fire unit, said Monday that conditions had especially improved in the provincial capital, Pontianak, and around the airport.

"There are still some fires in five districts but there are water bombing teams by the Disaster Mitigation Agency, which has deployed 10 helicopters to help extinguish the fires," Manik said. About 1,000 hectares (2,471 acres) of fires have been extinguished across the province, he said.