TEHRAN, August 28 -Japan’s minister of economy, trade and industry says the country’s refiners need to make their own decisions as to whether import oil from Iran. 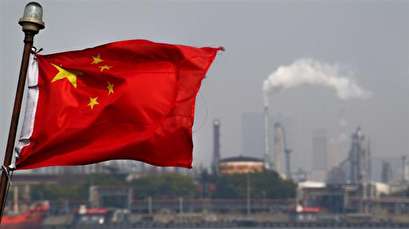 TEHRAN, Young Journalists Club (YJC) -Japan’s minister of economy, trade and industry says the country’s refiners need to make their own decisions as to whether import oil from Iran.

Japanese officials have said they need Iranian oil and have been seeking exemption to US sanctions as among their highest priorities for the country’s energy industry.

Asked on Tuesday whether the government had provided any guidance to local refiners, Japan's Minister of Economy, Trade and Industry Hiroshige Seko said, “I understand that this would basically, properly be judged by private companies."

Director-general of oil, gas, and mineral resources at Japan’s Ministry of Economy, Trade and Industry (METI) Ryo Minami has said stopping Iranian oil exports would trigger a "substantial rise" in oil prices that would not benefit anyone.

"As Japan considers to continue importing the crude oil, we intend to tell the US this stance, and we aim to secure their understanding," he was quoted as saying last month.

Japan imported an average of 165,481 barrels per day of Iranian oil in fiscal 2017-18 (April-March), down 28% from the previous fiscal year, according to METI data.

The US government is about to reimpose sanctions on Iran’s oil and gas and shipping sectors on November 4.

China’s largest refiner, Sinopec, said on Monday that some of its refineries will be negatively affected if it stops importing Iranian crude.

“Some of our downstream refineries were designed for refining Iranian oil. If we stop imports, the benefits would be affected,” Sinopec vice president Huang Wensheng said.

Under the new arrangement, Iran would cover all the costs and risks of delivering the crude as well as handling the insurance.

Iran is reportedly also providing ships as well as insurance cover for oil shipments to India so as to continue exports to its second largest client.

Share to
Related News
Iran LPG exports soar; Saudi official spurns US bid
US accuses Iran of misusing World Court with suit aimed at lifting sanctions
Bolton: EU has to choose between Iran and US
S Korea in talks with US to receive exemptions on Iran oil sanctions
US sanctions on Iran may push oil prices above $150: Hedge funds
Tags
Japan ، China ، oil imports
Your Comment