Laughing gas may have prevented Earth's oceans from freezing over 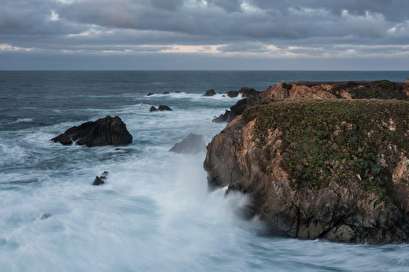 TEHRAN, Young Journalists Club (YJC) -"Our new contribution here, is showing how ancient ocean chemistry could have provided another route for the production of this planet-warming gas," researcher Jennifer Glass said.

Laughing gas may explain why Earth's oceans didn't freeze over during the so-called Boring Billion, between 1.8 billion and 800 million years ago.

"Earth was a dynamic place during this period," Glass told UPI.

This maligned period of Earth's history is of particular interest to scientists trying to solve the "Faint Young Sun Paradox." Ancient rocks prove Earth has hosted liquid water for a few billion years. But early in Earth's history, during the Proterozoic, the sun's output was 30 percent less intense.

What kept the oceans from freezing over?

Scientists believe greenhouse gases like carbon dioxide and methane helped warm Earth, but many doubt there were sufficient levels of the two gases to prevent Snowball Earth during the Proterozoic eon.

"In the Archean, it was probably mostly CO2 and methane. Things change a lot after the great oxidation event," Glass said. "When you have a little bit oxygen in the atmosphere, you can do a lot more different chemistry. You can stabilize a lot more greenhouse gases in the atmosphere."

Glass and her colleagues believe laughing gas, nitric oxide, was one of those greenhouse gases.

"The ancient soil data suggests there was not enough CO2 in the atmosphere to account for the warming that was needed to keep Earth's oceans liquid," Glass said.

While there is plenty of geologic evidence of the ancient carbon cycle, the ancient nitrogen cycle is much more mysterious. Instead of hunting for the fingerprints of nitric oxide in ancient rock grains, Glass and her colleagues turned their attention to the chemistry of the ancient ocean.

"While today's oceans are anemic," Glass said, "for most of Earth's history, there was tons of iron in the oceans."

Modern oceans host lots of oxygen, which causes iron to turn to rust and fall out of the solution. Oceans with only small amounts of oxygen, however, allow soluble iron to exist in large concentrations.

Glass acknowledges the near impossibility of proving the presence of laughing gas in the Earth's Proterozoic oceans and atmosphere.

"Our new contribution here, is showing how ancient ocean chemistry could have provided another route for the production of this planet-warming gas," Glass said. "We're stating, essentially, that we have to think about how vastly different iron chemistry was in an anoxic world. That's really the moral of the story."

Many microbes use denitrification, respiring nitric or nitrous oxides, when oxygen levels are depleted.

"These organisms are around and they're all over the place, you don't have to go to some crazy niche ecosystem to find them. Any place that you run out of oxygen," Glass said. "They're in soil, they're in wastewater, they're probably within a few feet of me right now."

That some of Earth's most ancient life forms evolved the ability to breathe nitrogen suggests the gas has been around for a long time.