TEHRAN, August 28 -Vigor Marine has received a $19.7 million contract for the overhaul and dry docking of USNS Amelia Earhart. 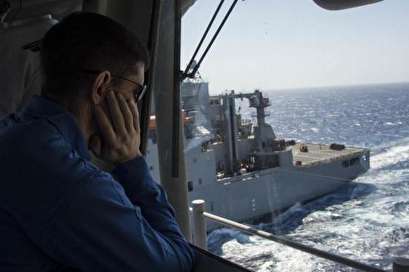 Work on the contract, announced Friday by the Department of Defense, will include refurbishment for the ship, forward aqueous fire fighting foam piping replacement, docking and undocking equipment, propeller shaft and stern tube inspection, hull cleaning and painting, and flight deck renewal.

The contract includes options which, if exercised, would bring the total contract value to just under $20 million, with work to be performed in Portland, Ore. Work on the vessel is expected to be completed by December 2018, the Pentagon said.

Navy fiscal 2019 operations and maintenance funds in the amount of $19.7 million have been obligated at the time of award.

The USNS Amelia Earhart is a cargo replenishment vessel of the Lewis and Clark-class. It operates under the Navy's Military Sealift Command but was built under commercial, rather then military, standards in order to minimize costs.

The Lewis and Clark-class are designed to carry fuel and other supplies while accompanying a carrier strike group. They are mostly manned by civilian crew, but include a contingent of Naval personnel to advise and assist during active operations. The vessels carry a crew of over 150 and mount a minimal armament of several .50 machine guns for point defense.