TEHRAN, August 28 -Industry groups representing the energy sector were upbeat about improved U.S. trade relations with Mexico, but expressed concern about the lack of detail. 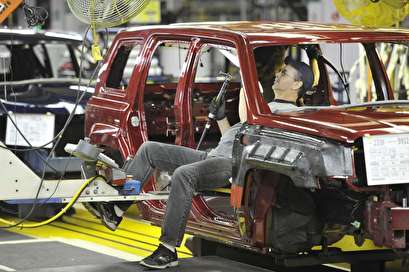 "America's natural gas and oil industry depends on trade to continue to grow U.S. jobs and our economy, and deliver for consumers," he said in a statement.

That gas, meanwhile, is displacing imports of liquefied natural gas into the Mexican economy, but piped gas from the United States has its own complications. U.S. tariffs on imported steel create problems for the energy sector because of the increase in costs to build new infrastructure.

At least four new pipelines in Mexico's five-year natural gas infrastructure expansion plan are scheduled to begin commercial operations by the end of the year.

In a statement emailed to UPI, Ed Longanecker, the president of the Texas Independent Producers & Royalty Owners Association, said the industry was looking forward to modernized trade relations in North America, but wanted more details on how it relates to the energy sector.

"We look forward to learning more specifics of the new trade arrangement reached between the United States and Mexico as it will relate to the energy sector, particularly given the large volume of oil and gas resources supplied daily to Mexico by our country," he said.

The plan calls for a least 75 percent of an automobile's value to be made in North America, up from 62.5 percent previously, to qualify for zero tariffs. Use of more regional steel, aluminum and auto parts will be required, and a certain proportion of the vehicle must be made by workers earning at least $16 per hour.