TEHRAN, August 29 - Russia’s Permanent Representative to the UN Vasily Nebenzya said that Jabhat al-Nusra terror organization and groups affiliated to it are holding over two million people in Idleb hostage and preventing them from leaving. 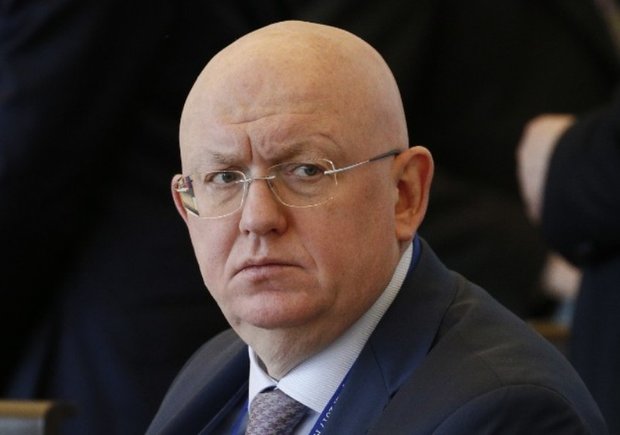 TEHRAN, Young Journalists Club (YJC) - He said that members of the “White Helmets” have transported two toxic gas containers in Idleb province, not to mention that there are already eight containers of toxic gas, with the intent of using them against civilians in order to justify a new aggression by Washington, London and Paris on Syria.

Nebenzya warned against new western aggression on Syria based on fabricated news and allegations about using chemical weapons against civilians in Idleb.

The Russian diplomat stressed that the Syrian army does not possess any chemical weapons, pointing out that any western attack in Syria will harm the political process in the country and will not serve the interests of terrorist groups there.

Nebenzya also asserted that the illegal presence of the US forces in al-Tanf area violates Syria’s sovereignty and the international anti-ISIL coalition led by Washington attempts to control the country’s resources.

He noted that the western states are protecting terrorists and manipulating the chemical file to exert pressure on the Syrian government, meantime, the colonial policy continues with the aim of dividing Syria instead of focusing on political settlement and counterterrorism efforts in the country.